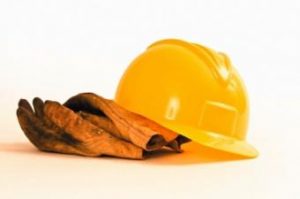 As MReport noted on Thursday, home starts and completions jumped 3 percent between January and February. Single-family building permits additionally grew 3 percent, and with this increase in construction comes an increase in need for construction workers.

An Eye On Housing blog post from the National Association of Homebuilders (NAHB) reports that, according to the BLS Job Opening and Labor Turnover Survey (JOLTS) and NAHB analysis, there were 147,000 open construction sector jobs in January. The open position rate (job openings as a percent of total employment) was 2.1 percent.

February 2017 data shows that home builder and remodeler employment grew by 18,900. Growth has been a trend since November 2016, after a period of hiring weakness early that year.

Overall, the trend for open construction jobs has been increasing since the end of the recession. Additional survey data, however, shows that labor is a top business challenge for builders, but recent increases in hiring have reduced the current level of unfilled jobs.

December and January saw the highest hiring rates since late 2014, of 5.9 percent and 5.6 percent respectively. February data shows the unemployment rate for construction workers to be at 6.5 percent. Unemployment in this sector has declined since February 2010, when the unemployment reached its peak rate of 22 percent, and leveled off in the 6 to 10 percent range in 2016.