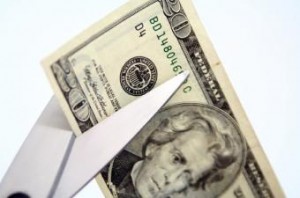 Independent mortgage banks earned a profit of nearly $600 less per origination in last year’s fourth quarter than they did in the third, thanks in large part to soaring closing costs.

According to the Mortgage Bankers Association’s (MBA) Performance Report for Q4, independent mortgage banks and mortgage subsidiaries of chartered banks took in an average profit of $150 on each loan they originated, a record low. That number was down from $743 per loan in Q3.

“Fourth-quarter production profits were at their lowest levels since [the] inception of the Performance Report in 2008, driven by study-high costs in a declining mortgage market,” said Marina Walsh, MBA’s VP of industry analysis.

The “net cost to originate”—a stat that includes all production operating expenses and commissions, minus all fee income—marched up to $5,171, an increase of just less than $600.

Brian Benson, CEO of ClosingCorp, a firm specializing in providing closing cost data and technologies to mortgage lenders, says the rise in costs is “reflective of what banks and lending institutions are struggling with right now,” especially as they slow down to ensure due diligence and adherence to regulatory standards.

He added that the latest performance data shows the necessity of tools, technology, and experts to aid lenders in originating more efficiently: “Once they’ve engaged in that process, pretty quickly they see that they’ve got to have outside people to help them.”

Average production volume per company in Q4 was an estimated $367 million—down $24 million from the period prior—as the average volume count came down to 1,641 loans.

While the overall decline in volume could be attributed to a slowdown in the lending process, it also underlines continued weakness in purchase volumes, which have struggled to fill the gap left by dwindling refinance demand. Among independent mortgage banks, the purchase share of total originations (by dollar volume) increased to 69 percent as of the end of the quarter; at the same time, MBA’s unadjusted Purchase Index showed application volume in that segment was down 11 percent at the end of 2013 compared to the previous year.

The silver lining was in the mortgage servicing arena, where income per loan increased to $355 from $224 in the third quarter, boosting the average profit to 19 basis points. However, while that increase provided a nice windfall for companies working in the space, it may not provide much comfort for smaller operators.

“[N]ot all mortgage companies retained mortgage servicing rights or generated margins large enough to offset production losses,” Walsh said. “It is perhaps not surprising that only 58 percent of participating companies had overall positive pre-tax profits in the quarter.”