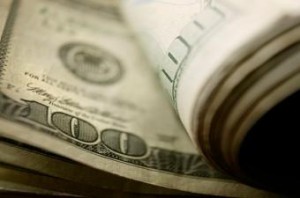 Wells Fargo and JPMorgan Chase experienced very different first quarters, as evidenced by results in their quarterly earnings reports released Friday. In terms of mortgage activity, however, both banks felt the sting of a shrinking market.

Wells Fargo reported a record net income of $5.9 billion for the first quarter, an increase of 14 percent from the year-ago quarter and 5 percent from Q4 2013.

Said chairman and CEO John Stumpf: “First quarter earnings were another record for our Company and capital levels continued to strengthen. ... As we move forward in 2014, I am optimistic about the opportunities ahead and believe that we are well positioned for growth.”

For its mortgage banking unit, the megabank—credited as the biggest home lender in the country—reported noninterest income of $1.5 billion, a drop of about 3.8 percent quarter-over-quarter and nearly 46 percent year-over-year.

According to the bank’s statements, residential originations totaled $36 billion, down about 66 percent from Q1 2013, while the gain on sale margin was down to 1.61 percent.

Applications were also down to about $60 billion, though the application pipeline picked up slightly from the prior quarter to $27 billion as of March 31.

Any weakness that existed in mortgage production was offset in part by strength in servicing income: Wells Fargo reported net mortgage servicing rights (MSRs) results were $407 million compared to $266 million in Q4 2013.

Meanwhile, JPMorgan Chase reported profits of $5.3 billion for the quarter compared to $6.5 billion a year ago. Compared to the end of 2013, net income was down approximately $4 million.

Still, chair and CEO Jamie Dimon asserted JPMorgan Chase “had a good start to the year, given there were industry-wide headwinds in Markets and Mortgage.”

“We have growing confidence in the economy—consumers, corporations and middle market companies are in increasingly good financial shape and housing has turned the corner in most markets—and we are doing our part to support the recovery,” Dimon added.

In mortgage results, the bank took in a net income of $114 million, a drop of $559 million from the prior year, “driven by lower net revenue and lower benefit from the provision for credit losses, partially offset by lower noninterest expense.”

Revenue suffered from a 68 percent year-over-year decline in originations, which totaled $17 billion for the quarter; application volumes came to $26.1 billion, down 57 percent.

Net servicing-related revenue totaled $713 million, a decrease of $65 million from the prior year. Subtracting expenses and risk management, the company’s mortgage servicing pretax loss was $270 million.