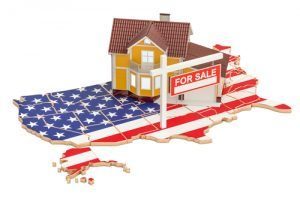 An increasing number of homeowners are becoming more realistic about the value of their homes according to data from the latest Home Price Perception Index (HPPI) by Quicken Loans. In March, the index’s data indicated that appraisal values were 0.36 percent lower than homeowners’ expectations on an average.

Appraisals also had a positive movement in March with the Quicken Loans National Home Value Index (HVI) reporting an average growth of 1.84 percent in home values month over month and 7.64 percent increase from the same period last year.

The HPPI The index compares the estimate that the homeowners supply on a refinance mortgage application to the appraisal that is performed later in the mortgage process.

“This month’s HPPI is great news for homeowners who may be thinking of selling their home, or using some of their equity,” said Bill Banfield, EVP, Capital Markets at Quicken Loans. “Not only are owners’ and appraisers’ views of the housing market getting closer together when looking at the nation as a whole, but homeowners in many major areas are building equity at a rapid pace.”

The HPPI data also indicated that 18 of the 20 metro areas reviewed on the index showed appraisals at, or higher than, the owner’s estimate, with Dallas, Boston, Denver, Seattle, and San Francisco among the top five metros indicating a positive appraisal value. Cleveland and Chicago were the only metros showing appraisals lower than the owner’s estimate.

Regionally, home values showed a growth ranging from 5.53 percent in the Northeast to 9.99 percent growth in appraisal values in the West, indicating an increasing demand for homes in March.

“A monthly increase in home values, after a stable report last month, shows that demand for the few available homes for sale ramped up in March,” Banfield said. “The true test will be whether more homeowners decide to take advantage of their higher home value and provide some much-needed inventory for buyers.”