Home >> Daily Dose >> Reverse Mortgages Will Soon be Tougher to Get

Reverse Mortgages Will Soon be Tougher to Get 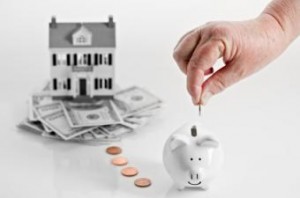 In two weeks, the ease of getting a reverse mortgage will be a lot more complicated. And the Federal Housing Administration expects that to be a good thing.

As of April 27, the federal government will require lenders to run those looking for home equity conversion mortgages through a strict new, multi-faceted financial assessment. Part of the assessment is the type of credit check lenders will be required to run on borrowers. Unlike in traditional mortgages, lenders have not been required to pull credit reports for HECM seekers.

Applicants, who must be at least 62 and own their homes outright, also will have to demonstrate their financial means and sign regarding their willingness and ability to repay the loan. They will be required to prove that they are current on any property-related fees, including real estate taxes and homeowner association fees, for at least the prior two years. Working applicants will also be required to prove their employment status and undergo an analysis of their monthly income and expenses, just as a standard mortgage borrowers do.

Less-than-stellar results on the financial assessment will require borrowers to create a Life Expectancy Set-Aside, or LESA, that sets money aside for the payment of property taxes and hazard and flood insurance premiums. Money set aside for these expenses would rise each month by one-twelfth of the sum of the mortgage interest rate plus the annual mortgage insurance premium rate (currently 1.25 percent) from the date the loan is funded. LESA will be determined at origination, and while its balance is adjusted monthly, the amount itself will not be recalculated.

For some, LESA requirements could be prohibitive to whatever is determined to be their minimum needed monthly cash flow. But then, that could be the point. During the recession, when thousands of mortgagees found themselves underwater, the fallout cost the federal government trillions it isn’t looking forward to spending again.

By 2013, the FHA‒‒the nation’s largest insurer of reverse mortgages‒‒received it’s first-ever bailout of $1.7 billion. At the same time, HECM defaults started to rise. By the middle of 2013, more than a half-million HECMs remained outstanding and the default rate hovered around 10 percent.

Some mortgage industry pros worry that HECM borrowers will run into the same troubles standard borrowers have been facing in recent years‒‒less availability that will exclude the people who need help the most. According to the Los Angeles Times, Maggie O’Connell, who originates FHA-insured reverse mortgages for the Federal Savings Bank from offices in Nevada and California will be working to get borrowers likely to face difficulty under the new rules into an HECM before April 27.

However, O’Connell told the Times that the new rules ultimately "are probably all in all a good thing" because they will weed out risky borrowers who wouldn’t be able to repay their obligations.