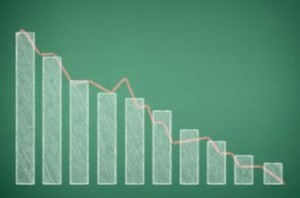 [1]Financial conditions are improving in the Southern United States, according to a report released by the Office of the Comptroller of the Currency [2] (OCC).

Of the 455 banks and FSAs in those states, 91 percent had a composite rating of one or two. These are the highest ratings an institution can get and indicate strong growth.

According to Gil Barker, deputy comptroller for the OCC’s Southern District, much of this improvement can be attributed to a growing loans market.

From December 2013 to December 2014, loans by community national banks and FSAs in the Southern District rose by 8 percent. On a state-by-state basis, Texas saw the most growth, jumping 11 percent year over year. Louisiana saw a 9-percent jump, Florida an 8-percent one, and Arkansas fell just about 7 percent. Georgia and Oklahoma both saw 7 percent increases.

Though oil prices are declining and could affect the economic markets in the South, Barker said he expects the growth to continue.

“A large majority of borrowers were in satisfactory financial condition at the end of 2014 because they had strengthened their financial positions when oil prices were higher,” Barker said. “The OCC is closely monitoring oil price changes and expects national banks and federal savings associations with direct and indirect exposure to frequently evaluate and stress test portfolios.”

But if those numbers are going to continue improving, Barker said strict underwriting standards are crucial.

“Strong competition for good quality loans in most markets is affecting pricing and putting pressure on underwriting,” Barker said. “In this environment, banks should take care to maintain strong underwriting standards and appropriate risk management practices.”