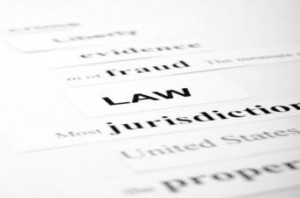 [1]With the deadline for the TILA-RESPA Integrated Disclosure (TRID) [2] rules going into effect on August 1, many lenders are increasingly concerned about possible penalties should they not be fully compliant by this date. To address these anxieties, Congressmen Steve Pearce (R-New Mexico) and Brad Sherman (D-California), joined forces to introduce a bill (H.R. 2213) [3] that would provide temporary leniency from lawsuits and law enforcement. If passed, it would remain in effect until January 1, 2016.

TILA-RESPA was first created out of the Dodd-Frank Wall Street Reform Act of 2010, and was finalized late in 2013 following a comment period and months of education, training, and preparation on the part of lenders. Preparations have continued as many lenders take the necessary steps to make sure they have all the systems in place and are in complete compliance with the new rule.

In a press statement, the National Association of Federal Credit Unions (NAFCU) [4] recognized both Pearce and Sherman for their efforts in trying to alleviate some of the pressure stemming from mortgage transactions.

“NAFCU appreciates the bipartisan leadership shown by Representatives Pearce and Sherman in proposing a bill that would allow credit unions and other financial institutions a grace period for enforcement and liability for institutions striving to make good-faith efforts to comply with the new TILA/RESPA regulations,” said Bradford Thaler, VP of Legislative Affairs at NAFCU. “This legislation will allow credit unions to make a good-faith effort to comply with the regulation without the fear of potential enforcement actions or lawsuits without creating any delays in implementation.”

Both Congressman Pearce and Congressman Sherman were contacted for comment regarding the new bill, but neither responded as of press time.

Congressmen Pearce and Sherman aren’t the first to voice concerns about the August 1 deadline. As our sister publication, DSNews.com [5], reported [6] last month, U.S. Representatives Blaine Luetkemeyer (R-Missouri) and Randy Neugebauer (R-Texas) wrote a letter to Consumer Financial Protection Bureau [7] (CFPB [8]) director Richard Cordray requesting that the TILA/RESPA effective date be pushed back to January 1, 2016. In their letter, Reps Leutkeymeyer and Neugebauer explained that a five-month “hold harmless” period will “help ensure consumer confidence and stability in the nation's housing market.”