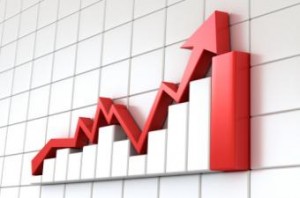 As the creation of new mortgage account originations continues to slide, non-prime borrowers are grabbing a greater share of the market, TransUnion reported in a new release.

The latest numbers released by the credit reporting agency show 53.47 million mortgage accounts as of the first quarter of 2014, up slightly from 53.06 million a year ago.

Still, that’s down nearly 10 million from the same period in 2008, TransUnion reported.

Looking back a quarter, the company says new account originations in Q4 2013 totaled just 1.39 million, down by nearly a million from Q4 2012. New account statistics are examined a quarter behind “to ensure all accounts are reported and included in the data.”

While overall new loan activity was slow, participation increased among the non-prime population—defined by TransUnion as those with a credit score lower than 700 on the company’s VantageScore 2.0 model. According to the report, the share of non-prime originations rose more than 2 percentage points over the year to close 2013’s final quarter at 7.21 percent.

TransUnion ascribes the latest increase in non-prime share to declining refinance activity, which has shifted the shape of the market.

“While still far from levels seen six years ago, non-prime borrowers are taking a larger share of new originations,” said Steve Chaouki, head of financial services for the credit firm. “We have not seen this in quite some time.

“Even so, mortgage underwriting remains conservative relative to the other primary credit products in the marketplace,” he added.