Home >> Commentary >> The Digital Revolution in the Mortgage Industry

The Digital Revolution in the Mortgage Industry 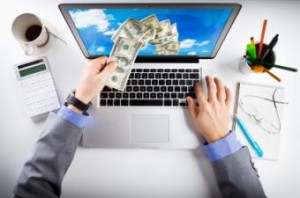 As more companies embrace the completely online mortgage process, there are some that remain skeptical toward this new way to buy a home.

Saportas sat down with MReport and shared his perspective on the impact that digital mortgages will have on housing and how the industry should embrace this new movement.

MReport: Do you believe online mortgages are beneficial to the housing economy?

Saportas: What we’re looking to do is to empower consumers to make educated and informed mortgage decisions. A lot of other companies that are coming into the space share that vision that it really should be about empowering the consumer. Every decision we make is around how this is helping the consumer really understand what they’re doing and make decisions. We want to provide them the tools to make these important decisions without necessarily having to speak to a salesperson right away, to a loan officer right away. We believe in a very high-tech but also high-touch approach to the mortgage industry.

We absolutely believe that there is an important role for human loan officers to play in the industry, and they will have this role to play for years to come. But you know those roles are changing, and that’s what technology is doing. It’s changing those roles. It’s allowing consumers to get a lot more information to make a lot more decisions themselves with really cool tools that break it down for them. That’s what we’re doing, and that’s the power of technology in the mortgage industry.

It’s already happened in many other industries, where you go to buy a car and before you walk into the dealership, you as a consumer already know more about car-buying than the salesperson really. So you’re really in power in a way that’s never happened before because there’s all this information out there and it’s put to good use. But it really hasn’t happened in the mortgage industry, and I think that’s what’s happening now. That’s how online lending can really benefit the industry.

That’s from a consumer perspective, but then there are also efficiencies and cost-savings in terms of using technology to automate processes and standardize processes across lenders. That also becomes really important, but I would certainly highlight the consumer empowerment aspect of technology.

MReport: What do lenders need to do now to catch millennials as technology is getting more advanced?

Saportas: When we talk about technology, of course, we talk about every consumer who can benefit from the power of technology; but I think what’s driving a lot of these decisions in the industry is lenders worried about capturing millennials. Millennials are coming into the market in large numbers. There was a recent study by the National Association of Realtors that shows that millennials are the majority of the homebuying market in the country. They are finally coming into the market, and we as millennials are used to doing everything on our phones. So why not get a mortgage on your phone?

I think that is one of the top factors driving lenders to take a look at technology and what they can offer to this particular segment of the market. That being said, getting a mortgage can be made a lot better by technology, but there is still a role for loan officers to play. What I’d like to tell all the lenders we work with is the behavior we notice, especially with millennials, is they want to go as far into the process as they can without being forced to speak to a salesperson. In order to do that, you really have to provide them really easy-to-understand experiences and user interfaces and all these different tools to make decisions on their own. But then when they need to speak to a real human being, they want that human being in the evening. They want that instant gratification of, “I need to speak to somebody and that somebody is there to talk to me or service me in whatever medium I need to be serviced immediately.”

We want the best of both worlds. We want great technology, but then we want somebody there at our request. I think that’s what lenders need to figure out working with companies like ours. They need to figure out what is a balance of technology and human touch. I don’t think there’s a perfect answer to that question, but there are different hypotheses about what that balance should be. At the end of the day it’s finding that balance of great technology and service by human beings. It just so happens that those human beings are servicing those consumers in more channels, not just in person and over the phone, but it may be through the platform itself, through text messaging, through new channels they weren’t used to working on before.

MReport: Quicken Loans' Rocket Mortgage ad that played during the Super Bowl has received a lot of attention in the industry. Some hailed it as the next big thing for the mortgage industry and others were not so supportive of its message. Do you think the ad was taken out of context?

Saportas: I have mixed feelings about the ad itself. For the industry, especially for companies like MortgageHippo that are looking to partner up with different lenders that don’t have the resources to build their own platform, then it’s great. We’ve had so many lenders basically reach out to us and say, “How am I going to compete with the Quicken Loans of the world that are basically putting millions of dollars toward building these platforms and getting a lot of consumers online? I don’t have the resources to put this together.”

They are looking for an out-of-the-box solution they can plug into their website, that they can promote internally, and that they can make available to their loan officers to deliver a better consumer experience. They want a platform that can increase conversion through their websites to really capture that Millennial homebuyer that is finally coming into the market.

So that’s the positive side that I see to Quicken Loans Rocket Mortgage advertising for the industry—that it’s basically put it in front of the whole industry. This is happening. The mortgage industry is going digital; it needs to go digital. We need to provide better experiences to consumers, and it’s happening. So from our perspective that’s great.

Now the other side of that is what I think this is what caused a lot of the negative reaction for the ad. I think their main phrase was, “Push button; get mortgage,” and I think that’s where they’re missing the point—Quicken Loans and Rocket Mortgage.

Getting a mortgage shouldn’t be something as easy as “Push button; get mortgage.” Getting a mortgage is a serious financial transaction that requires a borrower to really understand what they’re doing and what they’re getting into. I think obviously that it’s a much more involved conversation about what caused the crisis, but you could definitely point to many examples where consumers just didn’t know what they were getting into.

I think that’s where they missed the mark in terms of making it seem like it was going to be so easy and basically everybody was going to be able to get a mortgage, and that’s obviously not how it is. That’s not how the industry works, and that definitely got some pushback from the industry.

MReport: Do you think the mortgage industry is on its way to turning completely digital?

Saportas: I don’t think “completely digital” is the right way to describe it. I do think it’s going digital, and it’s already happened. There is a lot of new companies coming into the digital mortgage space, especially since Quicken Loans and all the buzz about digital mortgages—compared to two or three years ago. It’s definitely happening now, but I wouldn’t use the term “completely digital” because I think there is still a very active role for good loan officers to play in the industry. I emphasize good because I think what technology is going to do ultimately for the loan officer is it’s going to allow the good loan officers to be more successful than ever, but at the same time it’s going to weed out a lot of the loan officers at the bottom.

The loan officers at the top with technology are going to be able to capture much more market, not leaving a whole lot of room for the people at the bottom. It’s going to be digital and human for the foreseeable future as I see it.

Previous: The Regulatory Cost of Homeownership
Next: Is the Federal Reserve’s Leadership Diverse Enough?