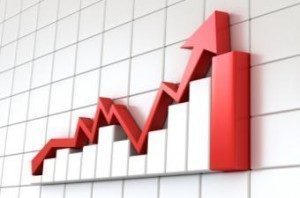 Mortgage rates across the board touched their highest level in seven years moving up to 4.61 percent, after being stable for the past few weeks according to the Freddie Mac Primary Mortgage Market survey.

The weekly survey revealed that 30-year fixed-rate mortgage was recorded at 4.61 percent with an average 0.4 point during the week. The rates during the same period last year were 4.02 percent. The 15-year fixed-rate mortgage increased to 4.08 percent from 4.01 percent last week and was up from 3.27 percent during the same time in May 2017. The five-year Treasury-indexed hybrid adjustable-rate mortgage (ARM) increased from 3.77 percent last week to 3.82 percent. A year ago the rate for the five-year ARM was 3.13 percent.

"Healthy consumer spending and higher commodity prices spooked the bond markets and led to higher mortgage rates over the past week," said Sam Khater, Chief Economist at Freddie Mac about the uptick in rates this week. "Not only are buyers facing higher borrowing costs, gas prices are currently at four-year highs just as we enter the important peak home sales season."

All eyes are indeed on the upcoming home sales season and the increase in rates might not go down with homebuyers already facing low inventory and high home prices as they go into the season. The rising rates are "likely to spur homebuyers to evaluate their shopping plans," according to Danielle Hale, Chief Economist at Realtor.com. "In March, nearly four in five home shoppers reported adjusting their home search to compensate for higher mortgage rates."

Though the rising mortgage rates have not created a ripple among homebuyers so far, Khater said that could change if rates touched the 5 percent mark. "Inflationary pressures and the prospect of rates approaching 5 percent could begin to hit the psyche of some prospective buyers," Khater said.

Hale said: "Mortgage rates are expected to approach 5 percent by the end of the year, but even with higher prices and rising rates, affordability of the median home for the median family is still higher now than it was for the majority of the last decade—2000-2008. Mortgage rates could rise well above 6 percent before affordability drops below the level that prevailed then."