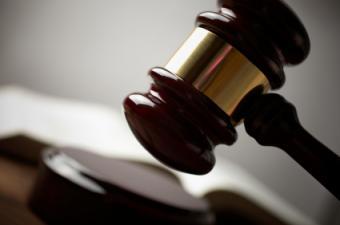 ""Residential Capital"":http://www.kccllc.net/rescap (ResCap), ""Ally Financial's"":http://www.ally.com/ former mortgage subsidiary, announced Thursday it had filed a motion with the U.S. Bankruptcy Court for approval of the previously announced agreement with Ally and ResCap's major creditors.

Under the plan support agreement ""announced mid-May"":https://themreport.com/articles/ally-reaches-settlement-with-rescap-creditors-2013-05-14, Ally will contribute $2.1 billion to the ResCap estate to settle any and all claims between ResCap and Ally and potential claims held by third parties in relation to ResCap. The agreement excludes certain securities claims by the Federal Housing Finance Agency (FHFA) and FDIC.

According to a release from Ally, the plan terms also confirm that ResCap is responsible for the costs and obligations associated with the foreclosure settlement with the Justice Department and the states attorneys general as well as for all consent order directives originally addressed to it.

Ally expects to record a charge of approximately $1.55 billion in Q2 related to the plan and an increase in litigation reserves.

""Reaching this comprehensive agreement enables Ally to turn the page on a tumultuous chapter in its history that was severely impacted by the issues in the mortgage industry,"" said Ally CEO Michael A. Carpenter. ""Putting these issues behind us is in the best interest of our shareholders, employees and customers.""

Thursday's motion represents the latest step in ResCap's bankruptcy proceedings. In the year since the company first filed, a number of other firms have stepped in to purchase its assets, including Ocwen, Walter Management Investment Corp., and Berkshire Hathaway Inc.

In the plan is confirmed, ResCap ""will have achieved the extraordinary, and perhaps unprecedented, result of continuing in bankruptcy, without interruption, the operation of a financial services/mortgage origination and servicing business,"" the company said in a release.