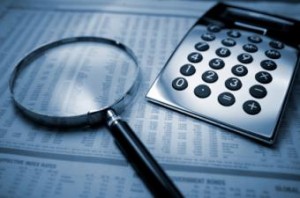 Nearly 12 percent of home purchase loans in today's market run the risk of default in the event of an economic downturn, according to a new report from the American Enterprise Institute's [1] (AEI) International Center on Housing Risk.

According to the latest report, AEI's National Mortgage Risk Index [2](NMRI), a measure of loan default risk under stressful conditions, increased to 11.9 percent for April, up nearly half a percentage point from March. A value of less than 6 percent is what the institute considers "conducive to a stable market."

According to AEI, last month's rising index was caused largely by the Federal Housing Administration (FHA) and Rural Housing Services (RHS) increasing their market share, which was up to an estimated 32.2 percent in April. The agency recently announced a plan to expand credit access [3] by offering savings to borrowers who commit to housing counseling—a strategy that drew criticism from Edward Pinto, resident fellow at AEI and co-director of the Center on Housing Risk.

"The direction that both FHA and FHFA [the Federal Housing Finance Agency] are going, based on their announcements, is to move the mortgage market down the slope of greater risk, with more unsustainable loans," Pinto remarked at the time.

Also contributing to April's record index was a rise in loans with debt-to-income (DTI) ratios exceeding 43 percent, the maximum threshold for a loan under the Qualified Mortgage umbrella. Thanks to a temporary exemption, loans qualified for purchase by the GSEs or insured by FHA can surpass that limit—and nearly a quarter of them do, according to AEI.

"None of the agencies are compensating in a substantial way for the high risk that is entailed with loans that have high DTI ratios," said Stephen Oliner, resident scholar at AEI and also co-director for the Center on Housing Risk.

In a press call, the two co-directors also disputed claims that lending standards must be expanded to aid the housing recovery, arguing that softness in today's mortgage market is due to higher interest rates, rising home prices, a sluggish economic recovery, and the lingering impact of last decade's financial crisis—not tight lending criteria.

With both FHA and FHFA signaling a shift in focus toward opening up credit for more borrowers, the researchers once again warned against setting the bar too low, citing concerns about loan risk and home price volatility.

"In a boom, mortgage lending moves out the credit curve," Pinto said in a press call Tuesday morning. "This is particularly dangerous when accompanied by renewed political and regulatory pressures for debased lending standards."