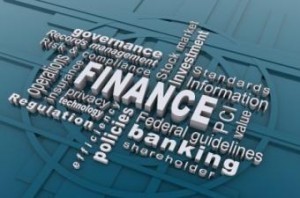 [1]The Consumer Financial Protection Bureau (CFPB [2]) announced on Wednesday morning [3] that a grace period will be in effect for those servicers attempting to comply in good faith with the TILA-RESPA Integrated Disclosure (TRID) requirements that are scheduled to go into effect August 1.

Both mortgage industry stakeholders (servicers in particular) and lawmakers have been asking the CFPB to delay the implementation of TRID. In a letter to CFPB Director Richard Cordray dated May 20, a bipartisan coalition in Congress asked for a grace period, expressing concerns that "this complicated and extensive rule is likely to cause challenges during implementation" that could "negatively impact consumers."

While the CFPB did not push back the August 1 implementation date of the rule, it attempted to ease some of those concerns on Wednesday by saying it would take into account a company's good faith effort to comply with the rule after it goes into effect.

"We also delivered a letter to Members of Congress stating that our oversight of the implementation of the Know Before You Owe mortgage rule (also known as the TILA-RESPA Integrated Disclosure rule) will be sensitive to the progress made by those entities that have been squarely focused on making good-faith efforts to come into compliance with the rule on time," the CFPB wrote on its blog on Wednesday. "We have spoken with our fellow regulators to clarify this approach. This is consistent with our approach in the implementation of the Title XIV mortgage rules [4]."

Cordray responded to the lawmakers' letter on June 3, stating the Bureau's desire for a smooth transition and that since the rule was published in November 2013, the CFPB has made it a point to "engage directly and intensively with financial institutions and vendors through a formal regulatory implementation project." That project includes inter-agency coordination, the publishing of a "readiness guide" and other resources, publishing amendments and updates to the rule in response to industry requests, providing unofficial staff guidance, conducting webinars, and clarifying misunderstandings.

The CFPB Director also pointed out in his response that the Bureau will continue to work with industry, consumer, and other stakeholders to support implementation of TRID after August 1. Click here [5] to see the full text of Cordray's letter.

Some mortgage industry leaders praised Cordray's response to the concerns expressed by lawmakers and those within the industry.

"I thank CFPB Director Cordray for listening to the requests of CUNA, Congress, and others in our call for a safe harbor period through the end of the year for the enforcement of the TRID rule," said Jim Nussle, president and CEO of the Credit Union National Association (CUNA), released the following statement. "CUNA supports the CFPB’s goal for transparency with the new disclosures helping consumers better understand mortgage terms, and now credit unions will be allowed the time they need to figure out the day-to-day aspects of complying with the rule without worrying about enforcement."

National Association of Federal Credit Unions president and CEO Dan Berger, who along with his staff lobbied Congress and met with Cordray several times to discuss the impact of the TRID rule and their concerns about compliance,  released the following statement: “We appreciate Director Cordray’s consideration and leadership in recognizing the value of ‘good faith efforts’ by credit unions on this complex new rule. We also appreciate the bipartisan support of all the members of Congress who wrote Director Cordray and met with him to urge a restrained examination period. A grace period will not only ensure a smoother implementation of the new TILA/RESPA mortgage disclosure forms, but it will also allow those who make a good faith effort to comply with the regulation to do so without the fear of potential regulatory enforcement actions.”

At least one industry leader acknowledged the CFPB's effort [6] and said Wednesday's announcement was a "welcome step," but also said there was still room for the Bureau to do more.

“Almost 300 U.S. Senators and Representatives asked the CFPB to further develop market certainty through a clarification of the TRID regulation. NAR has long advocated a period of restrained enforcement and liability for the TILA-RESPA Integrated Disclosure rule," said National Association of Realtors President Chris Polychron, an executive broker in Arkansas. “While NAR appreciates the CFPB’s understanding of the difficulties involved in making a change of this magnitude, we hope that continued dialog with U.S. Senate and House leaders will result in a solution that allows the lending industry and CFPB to address any implementation issues and minimize costly closing delays for home buyers and sellers."

There were some lawmakers in Congress that were not satisfied. Representatives Randy Neugebauer (R-Texas) and Blaine Lutkemeyer (R-Missouri), respectively the Chairman of the Housing and Insurance Subcommittee and Chairman of the Financial Institutions and Consumer Credit Subcommittee, released a statement saying that while they appreciated Cordray's taking a "first step" in showing "regulatory sensitivity" toward those showing good faith efforts to comply with the TRID rule, they believe that anything short of a formalized "hold harmless" period is "unacceptable."

"Today’s announcement falls far short of our expectations and runs contrary to the impression with which Members were left yesterday," Neugebauer and Lutkemeyer said in a joint announcement [7]. "We hope the Bureau and all banking regulators will stand by their commitment to work with consumers and market participants to ensure a seamless implementation of the rules. The Bureau should expect vigorous oversight and attention from members of Congress in how its supervision efforts play out after August 1st’s effective date. To that end, we will be sending letters to all major financial trade associations asking that they keep Congress informed of any and all disciplinary actions taken by the CFPB and other financial regulators on TRID implementation."

Representative Steve Pearce (R-New Mexico) released the following statement [8]: “Since the finalization of the rule, businesses have been working to meet the August 1, 2015 deadline. Despite a concerted effort to meet the demands of the August implementation date, a billion dollars spent by industry to train staff, procure needed new technology and hire additional employees, will not be enough to meet CFPB’s unobtainable requirements. If not changed, the uncertainty would cause fewer homes to be sold during the peak sales season – the end of summer before school starts. Today’s lackluster response from Director Cordray, despite national calls, and repeated bipartisan letters from Congress urging a defined hold harmless period, clearly shows the agency’s disconnect from the American people and the state of our economy. The nondescript and weak announcement from CFPB creates even greater uncertainty in the housing market, at the worst possible time of the year."