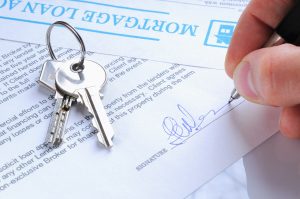 The Mortgage Bankers Association’s (MBA) latest Mortgage Credit Availability Index (MCAI) found that nationwide, mortgage credit availability decreased in May, dropping by 0.9% to 120.0. A decline in the MCAI indicates that lending standards are tightening, while increases in the MCAI is a sign of loosening credit standards. The MCAI was benchmarked to 100 in March 2012.

“Mortgage credit supply declined for the third month in a row to the lowest level since July 2021,” said Joel Kan, MBA’s Associate VP of Economic and Industry Forecasting. “The Index remains more than 30% below pre-pandemic levels, as recent months’ credit tightening has occurred in refinance loan programs.” 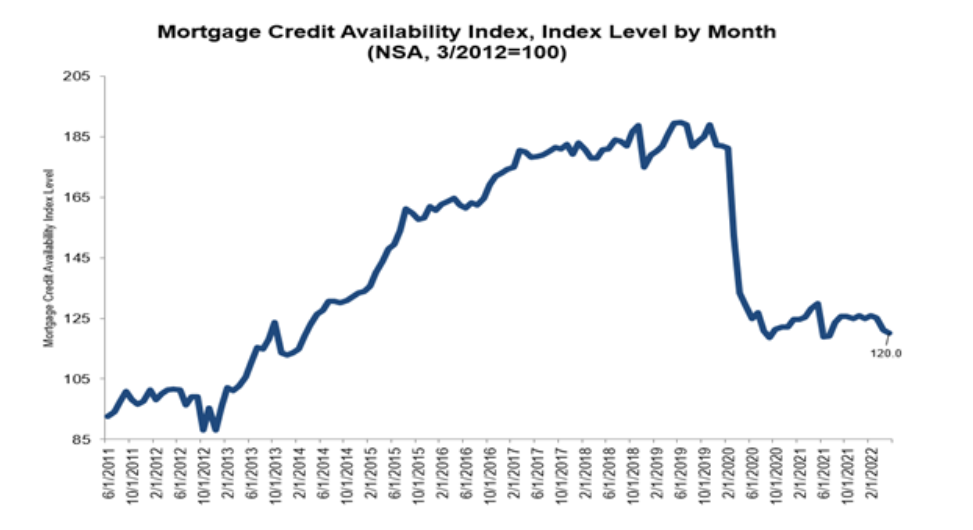 “Last month’s tightening was most notable in the government and jumbo segments of the mortgage market,” said Kan. “The decrease in government credit was driven mainly by a reduction in streamline refinance programs, as mortgage rates increased sharply through May, slowing refinance activity. Jumbo credit availability, which was starting to see a more meaningful recovery from 2020’s pullback, declined after three months of expansion.”

With mortgage rates on the rise, hitting 5.23% this week, more and more and avoiding refis, as the MBA reported the refinance share of mortgage activity stood at 32.2% of total applications this week, up slightly from 31.5% the previous week.

“Weakness in both purchase and refinance applications pushed the market index down to its lowest level in 22 years,” said Kan. “The 30-year fixed rate increased to 5.4% after three consecutive declines. While rates were still lower than they were four weeks ago, they remain high enough to still suppress refinance activity. Only government refinances saw a slight increase last week.”

Previous: Cause and Effect: Home Values Up; Negative Equity Down
Next: Rising Rates Driving Homebuyer Urgency