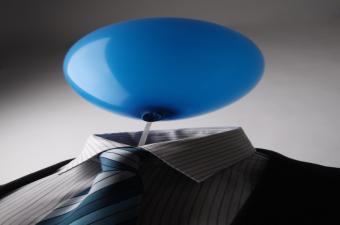 Despite gridlock in the confirmation process for its embattled nominee, news reports put the ""Consumer Financial Protection Bureau"":http://www.consumerfinance.gov/ (CFPB) on schedule to launch formal operations and ready to begin policing Wall Street in July, with or without the director that Senate Republicans vow to obstruct.

With its management team and staff already in place, a broad array of powers sanctioned by the Dodd-Frank Act will empower the consumer protection bureau to issue new rules for over 100 banks with more than $10 billion in assets, investigate their accounting procedures, and recommend punitive action to law enforcement officials, according to _The New York Times_.

In commentary provided to _MReport_, Jaret Seiberg, a policy analyst at ""MF Global"":http://www.mfglobal.com/?gclid=CO2ps_fYx6kCFcPt7QodaCP-Wg, said that banks and market watchers should fear the worst about the CFPB.

""It was clear to us that no one is really looking at the big picture when writing and implementing the Dodd-Frank and related rules"" for regulatory agencies, including the ""CFPB"":http://www.consumerfinance.gov/, he said. ""This reinforces [MF Global's] view that one of the biggest risks to the banks is the unintended consequences of over-regulation.

""We believe banks [will] face a very difficult regulatory environment for the next 18 months,"" Seiberg added.

Banks aren't the only ones sure to struggle with the ""CFPB's"":http://www.consumerfinance.gov/ new role. News that the consumer bureau will take its place as a regulatory agency signals a setback for Senate Republicans, who continue to stall the confirmation process for Elizabeth Warren, the Obama administration's nominee to head up the agency. More recently, the ""Commodity Futures Trading Commission"":http://www.cftc.gov/ (CFTC) issued a six-month delay for regulators trying to finish some 387 new rules, casting doubt on the consumer protection bureau's ability to move forward.

_The Times_ reported that, among the first tools available to the CFPB, the ""CFTC"":http://www.cftc.gov/ will transfer authority for the enforcement of telemarketing restrictions, alongside a set of powers the Federal Reserve deploys to ensure compliance with mortgage disclosure regulations.

Mark Calabria, director of financial regulation studies at the ""Cato Institute"":http://www.cato.org/, said that ""examinations are going to happen like it is already in place"" as a result of existing law. He added that there are ""a whole new set of powers that cannot be implemented without its director.""

Calabria said that the CFPB plans to go live in July largely because seasoned staff from other regulatory agencies, such as the Fed and ""Office of the Comptroller for the Currency"":http://www.occ.treas.gov/, transitioned to work at the consumer protection bureau. As a result, many banks will likely deal with the same examiners from past interactions.

""I have qualms and concerns about the agency,"" he said, describing the way in which regulators previously discussed trade-offs between consumer protection and bank soundness. ""By separating those two functions, I fear this agency will result in more bank failures rather than less.""

Mark Calabria, Director of the FHFA tells policy expert Tim Rood how “coming of age in the aftermath of the savings and loan crisis shaped decision-making throughout his career.