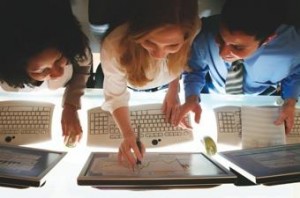 Britain’s decision to leave the European Union has left a lot of experts in the U.S. financial community wondering exactly what face the fallout will take on the American housing market. But one week after the controversial Brexit vote, some can already see the effect taking the shape of falling interest rates that will likely affect consumer confidence but trigger more housing demand.

The Urban Institute this week reported that the “flight of capital to the relative safety of U.S. Treasuries has already driven down the rates that investors are able to demand for these investments. In fact, the 10-year rate of 1.74 percent that was in place on June 23, the day before the Brexit vote, dropped to 1.46 percent within four days.

“This flight to safety will continue to push rates lower as long as investors see heightened uncertainty and turmoil in worldwide markets,” the authors of the report, Jim Parrott and Alanna McCargo, stated.

According to the institute, falling rates will spark a refinancing boom. When 30-year fixed rated dip below 3.5‒‒they average 3.61 as of June 30‒‒the drop tends to trigger a spate of refinancing, and borrowers who last refinanced in 2013 would get better rates.

“Many no doubt will refinance, leading to a boom that may rival that seen from 2008 to 2014, when roughly 25 million families refinanced their mortgages,” the report stated.

“This flight to safety will continue to push rates lower as long as investors see heightened uncertainty and turmoil in worldwide markets.”

From the refinancing boom will come a surge prepay speeds for the securities backed by these mortgages, the institute reported. This will shorten the term of the investment and reducing the return and, in turn, drive losses for investors with unhedged mortgage-backed securities.

“Similarly, servicers will see the revenue streams from their mortgage servicing rights dry up as borrowers refinance out of the loans they are servicing,” the report stated. “Those servicers that have not hedged these revenue streams and are unable to mitigate their losses with new MSRs will also see significant losses.”

Lastly, the institute stated, the drop in mortgage rates may force Freddie Mac into the red for the quarter. In the first quarter of this year, 10-year Treasury rates dropped 48 basis points and Freddie reported accounting losses of $1.4 billion related to their hedging of interest rate risk, leading to overall losses of $354 million, the institute reported.

“The 10-year rate has fallen by about half that thus far this quarter, possibly triggering another round of accounting-driven losses,” it stated.'

Previous: HUD Study Finds Homebuyer Education Pays Off
Next: The Week Ahead: What Does the Fed Have Up Its Sleeve?