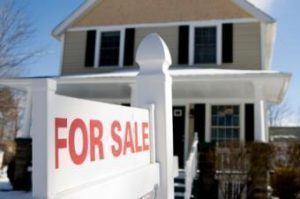 Buying or even just looking to buy a home for the first time is an important milestone for most Americans. However, with great excitement comes great responsibility.

Part of this responsibility is doing thorough research before choosing a market. First-time homebuyers must carefully consider a number of factors to weigh in their home search.

While such research can be daunting, WalletHub is now taking some of this burden off the homeowner with its recently released report, 2017’s Best and Worst Places for First-Time Homebuyers. Utilizing WalletHub’s data, the American Dream can definitely become a reality, as long as buyers are aware of the realities of the marketplace.

The data analyzed 300 cities across the U.S. All varying in sizes, but the list was created based on three main factors considered, which were market attractiveness, affordability, and quality of life. Other aspects were examined, including cost of living, rent-to-price ratio, and property-crime rate.

The Lone Star State is a great place for first-time homebuyers to get their feet wet. McKinney, Texas received the number one spot for the best marketplace for first-timers. The city also earned the best ‘Real-Estate Market’ rank according to the data.

The Texas cities of Frisco and Allen made up the rest of the top three best cities for first-time homebuyers. Followed by Cary, North Carolina, and Norman, Oklahoma to round out the top five finest markets. Allen, Texas ranked as one of the top cities with the lowest property-crime rate.

Previous: Giving a Hero a Place to Call Home
Next: Predicting the Future of Homeownership