Last month’s historic Brexit vote drove mortgage rates down near historic lows and brought a flurry of refinancing activity. According to Freddie Mac, however, the volatility in the mortgage market brought on by Brexit is tapering off and interest rates are recovering.

All of this means that the already low mortgage rates will likely stay low for a while, according to Freddie Mac.

“Post-Brexit volatility tapered off over the last two weeks, allowing interest rates to bounce back a bit from their record (10-year Treasury yield) and near-record (30-year mortgage rate) lows,” said Sean Becketti, Chief Economist with Freddie Mac. “This week, the 30-year fixed mortgage rate increased 3 basis points to a still-quite-low 3.45 percent. With the Federal Reserve on hold and the UK monetary authority taking at least a one-month breather, we don't expect any significant movement in mortgage rates in the near-term. This summer remains an auspicious time to buy a home or to refinance an existing mortgage.” 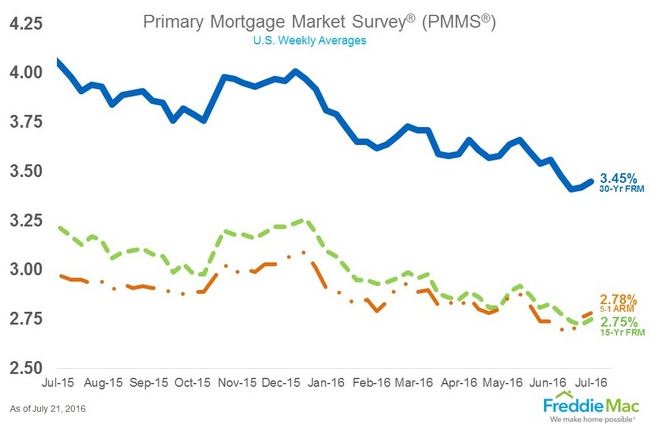