According to FHFA's Monthly Interest Rate Survey, the National Average Contract Mortgage Rate for the Purchase of Previously Occupied Homes by Combined Lenders was 3.55 percent for loans closed in late June. As loans are typically locked in 30-45 days before a loan is closed, June's data reflect market rates from mid- to late May.

The contract rate on the composite of all mortgage loans in June was 3.55 percent, up 15 basis points from 3.40 in May.

Accounting for additional fees and charges, the effective interest rate in June was 3.67 percent, up 10 basis points over May. 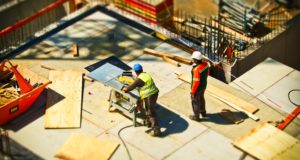