Just How Available Is Mortgage Credit? 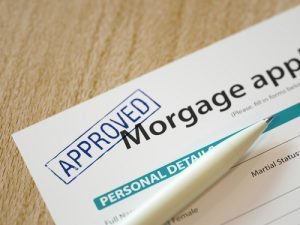 Mortgage credit access is expanding but remains restrictive compared to pre-crisis days, as reported in the most recent Housing Credit Availability Index from the Urban Institute. However, the Home Mortgage Disclosure Act (HMDA) data for 2017 revealed a denial rate of 11 percent in 2017, down from 18 percent in 2006 before the housing crisis, which according to the Urban Institute “runs counter to our expectations.”

So just how easy is it to get a mortgage these days, and who are getting mortgages? The Urban Institute set out to answer these questions in a report titled, “Real Denial Rates: A Better Way to Look at Who Is Receiving Mortgage Credit.”

Urban Institute researchers started with the premise that, “If denial rates were a good measure of credit availability, it would suggest that credit was tighter in 2007 than it has been in recent years, which we know is not the case.”

To more accurately assess credit availability, the Urban Institute limited its observation of loan denial rates to only those applicants with low credit profiles.

The researchers found that there were far fewer low-credit-profile applicants today than before the housing crisis.

Comparing different loan channels, HMDA data would imply that government channels had a lower denial rate before the financial crisis but a higher denial rate today. Once again, the report limited its observation to just low-credit-profile applicants to offer a clearer picture.

With far fewer low-credit-profile applicants, the conventional market has fewer borrowers to deny.

When it comes to racial and ethnic disparities, the report found that while they do exist, they are not as prevalent as a first glance at the data would suggest. The traditional denial rate for 2017 reveals a rate twice as high for black applicants, 1.4 times higher for Hispanic applicants, and 1.2 times higher for Asian applicants than for white applicants.

This has led to allegations of redlining, which the research says “is a gross oversimplification.”

Previous: The Next Steps in Mel Watt Investigation
Next: The Drivers of Greater Mortgage Risk