The Costs of the QM Rule 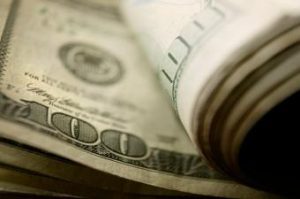 The Consumer Financial Protection Bureau’s ability-to-repay/qualified mortgage rule is making business difficult for credit unions, according to a letter issued by Ann Kossachev, Regulatory Affairs Counsel for the National Association of Federally-Insured Credit Unions (NAFCU) on Friday. The NAFCU’s members say they are “troubled by the growing cost of mortgage lending” due to the rule.

According to Kossachev’s letter, the CFPB’s QM rule has become a financial burden to credit unions—one that’s made it hard to adequately serve American homebuyers.

“The rule has forced some credit unions to increase their staff and has constrained their capacity to provide non-conforming loans, which has hurt credit unions’ ability to provide financial services to the underserved populations that need it most,” Kossachev wrote. “The CFPB’s failure to recognize the unique structure of credit unions and tailor regulations accordingly has caused significantly higher compliance costs for credit unions across the country.”

According to Kossachev, the rule has even forced some credit unions to cease operation.

“In response to the rule, some credit unions have been forced to stop their mortgage operations altogether because they could not afford to take on the significantly higher compliance burden,” she wrote. “Others simply stopped offering non-QM loans or greatly reduced their origination of non-conforming loans.”

“Now is the time for the CFPB to re-evaluate the logic behind its arbitrary 43 percent DTI threshold,” she wrote. “NAFCU requests the CFPB increase this DTI threshold to at least 45 percent, but preferably 50 percent, to align with Fannie Mae's new standard and allow credit unions greater flexibility to serve low- and moderate-income individuals.”

In the letter, Kossachev also suggests modifying the points and fees system, which is “confusing and unnecessarily complex.”

Read the full letter at NAFCU.org.

Previous: Not Enough to Go Around
Next: What Homeownership Really Costs