Better to Buy or to Rent? 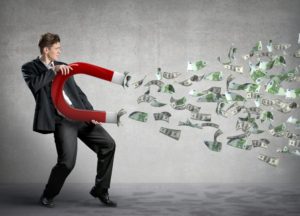 Is it better to rent or to own? That's one of the most enduring questions in the housing arena is, and a new study by PropertyShark and RENTCafé shines some new light on the age-old question by examining whether renters or homeowners were able to save more money on a regular basis. Of 50 cities surveyed, PropertyShark and RENTCafé found that homeowners could save more money than renters in 44 of them.

In fact, according to the study, renters in only 12 cities—five of which are in Texas—can actually save any money at all, and in almost half of those, the savings are less than $100 a month. And while renters in Virginia Beach can save more than $800 a month, on average, renters in the remaining positive-income rental markets still couldn't save $300.

One reason behind the gulf between renters and owners, according to the report, is that homeowners tend to be older than renters, “and hence earn more money since work experience translates into higher salaries. Owner-occupied households are also formed by a higher percentage of married people, and it is easier for two people to save up than for a single renter.”

Median incomes and living expenses vary wildly, of course, but overall, the firms found that owners save the most where salaries and property values are highest.

“If you jumped through hoops and finally managed to save on a down payment in Manhattan, the hard part is over,” the report stated. Owners in Manhattan can save on average almost $4,700 a month. That's more than any other city, despite owner living costs in Manhattan being the highest in the nation at $5,259 per month.

A similar dynamic occurs on the opposite coast. In San Jose, the $9,834 median household income and the average $7,000 in housing and living costs puts $3,500 a month back into owners' pockets. San Francisco, Seattle, and Washington, D.C., also allow owners to save more than $2,500 a month, on average.

In contrast, six metros—New Orleans, Memphis, Philadelphia, Cleveland, Detroit, and Miami—will leave the average owner wanting at month's end, according to the report. Owners in those cities lose money per month, with Miami residents taking the biggest hit. Owners in that moderate-income, high-expense city can finish a month $1,200 in the hole.

However, owning is still better than renting in those same six cities. On average, renters in those locales will still lose $500 more a month by renting than by owning.

“One of the biggest culprits behind the heavy housing cost burden is the fact that incomes have not increased at the same pace as housing prices, creating an affordability problem nationwide,” said Nadia Balint, Senior Marketing Writer at RENTCafé. “Apartment rents have accelerated during and after the recession, as demand for rentals has surged. Renters who live in the most expensive markets in the U.S., New York, Boston, and the Bay Area, are particularly affected by these disproportionate changes in income versus rents.”