While mortgage balances in the United States ticked up slightly over-the-year in Q2, home equity lines of credit (HELOC) balances dropped by 4.2 percent—their 26th consecutive quarter of annual declines, according to the Household Debt and Credit Report for Q2 2016 [1] released Tuesday by the New York Fed [2].

For starters, HELOCs that were originated during the housing bubble are reaching their 10-year end of draw period and some borrowers cannot handle the payment shock from a higher interest rate or principal amortization, according to Michael Neal, Senior Economist with the National Association of Home Builders (NAHB) [3]. The result is that many of the HELOCs originated during the bubble are becoming delinquent, and some are becoming seriously delinquent (90 or more days past due)—which ultimately results in a decline in HELOC balances. While banks are originating more mortgages, they may not be so much with HELOCs due to the number of serious delinquencies.

“Ultimately balances that are seriously delinquent have a high likelihood of entering default,” Neal said, while also noting that high delinquency rates on HELOCs tend to “make banks shy about originating more of them.” 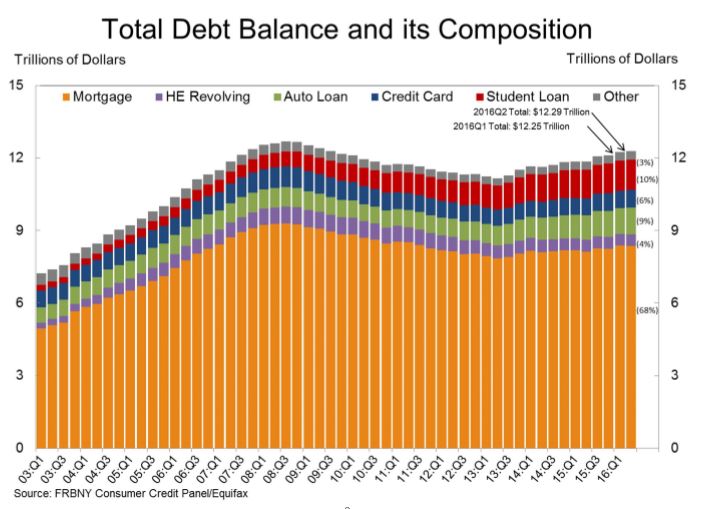 The New York Fed reported that the serious delinquency rate on mortgages is 1.8 percent as of the end of Q2, whereas for HELOCs the rate is 2.0 percent.

“It’s not that great of a difference,” Neal said. “But if you compare it to what it was pre-boom, you’ll see it’s not what we’re accustomed to.”

“Since the outstanding amount of HELOCs on the balance sheets of all other banks is rising while declining at the Top 20 banks, then the gap between the two cohorts is converging,” Neal said.