Home >> Daily Dose >> What is the Industry’s Hangup with eMortgages?

What is the Industry’s Hangup with eMortgages? 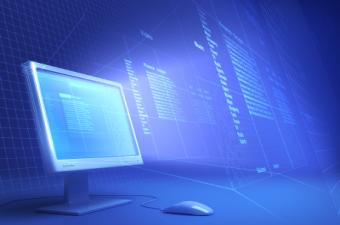 Federal housing regulators would like the industry to adopt eMortgages—which are mortgages in which critical loan documentation (specifically the promissory note, or eNote) is created, executed, registered, transferred and ultimately stored electronically—as the industry standard.

But according to a joint outreach survey conducted by Fannie Mae and Freddie Mac with industry stakeholders on state of the industry adoption, it may take a while.

The GSEs, under the direction of their regulator, FHFA, as part of the 2016 scorecard, are charged with working together to identify, assess, and implement strategies (where appropriate) to improve the industry’s ability to deliver eMortgages. In the survey, the GSEs asked 130 stakeholders, including lenders, technology solution providers, servicers, title/settlement agents, warehouse banks, and servicers, on perceived obstacles to the industry’s adoption of eMortgages as a standard.

The survey cited several factors that are driving the demand for eMortgages, which include: borrower expectations of faster, better, and more reliable service; a desire for more efficient processes and costs savings during the loan origination process, shorter timeframes from origination to sale into the secondary market resulting in greater liquidity; reducing interest rate risk and hedging costs; potential for reduced costs for warehouse lines; reduced cost for eNote certification and storage due to faster loan funding; and a reduction in the delays of loss mitigation activities.

Despite the demand for eMortgages, which have been around since the 1990s, the industry has been hesitant to adopt them as the standard for a variety of reasons.

“We found that eMortgage adoption continues to gain traction with lenders; however, the adoption has been slow due to various factors,” the GSEs stated in the report. “Ultimately, the survey showed that lenders are willing to spearhead the process while warehouse banks, servicers, and title/settlement partners will adopt when requested by lender partners.” 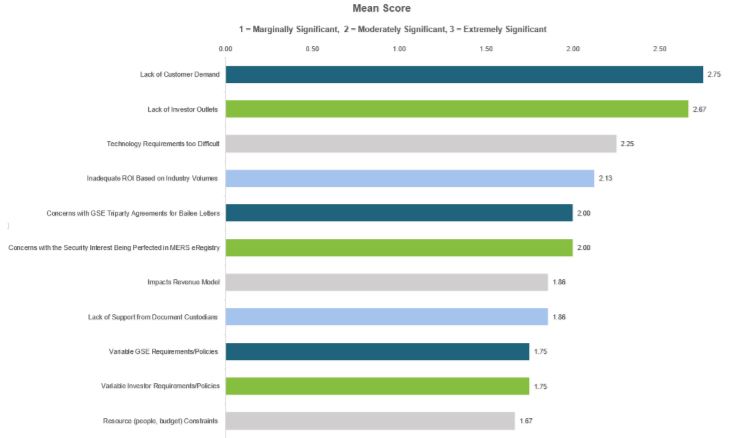 According to the GSEs, concerns across the industry on the adoption of eMortgages include: acceptance by a limited number of investors; warehouse line availability; lack of readiness on the part of key stakeholders such as servicers, document providers, custodians, title/settlement agents); the complexity of implementation; inadequate return on investment based on industry volumes; lack of uniform adoption of eNotorization and eRecording; resource/financial constraints, and GSE policy alignment.

Among lenders, one of the chief concerns was a lack of warehouse lenders, with one lender commenting that “Only a few warehouse lenders allow eNotes resulting in an added hurdle…the warehouse lenders will delay as long as possible since this changes their revenue model.” A lack of investor outlets was cited as another concern from lenders, with one lender noting, “Lack of other investors and possible execution outlets limit the correspondents. In addition, the fear is what if an investor will not buy the loan. How do you unwind and sell with limited outlets?” A lack of business partners was also a concern for lenders, with the comments ranging from “Custodians are not ready for eNotes” to “Technology required is developing at different paces. Must keep vendors on track with overall initiative.”

Mortgage Electronic Registration Systems (MERS) reported that there are 338,000 eNotes in their eRegistry as of February 2015, and the number continues to grow. According to the survey, there are approximately 50 lenders/investors integrated with the MERS registry and more than 200 companies closing eNotes. Will more lenders and investors get on board as time goes by?

Previous: Home Values Climbing But Still Not Quite There
Next: Continued Writedowns of MSRs Eroding Investor Confidence