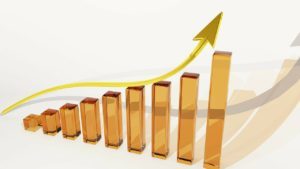 "Low mortgage rates have kept first-time homeownership and move-up homes within reach for many Americans, even as home values have soared to new heights," said Zillow Senior Economist Aaron Terrazas. "While mortgage rates remain low by historic standards, they are creeping upward, eating into what buyers can pay, and in a handful of pricey markets, affordability already looks unnervingly low. Among lower-income buyers in those pricey markets, it is outright impossible to afford the mortgage on even a lower-priced home. As rates rise, both buyers and sellers will have to temper their expectations further."

The report notes that mortgage rates hit historic lows between 2012 and 2016, as home values were recovering from the mortgage crisis. Though home values have recovered, between 2017 and 2018, interest rates have outpaced the rate of home appreciation, eating into affordability.

The increased mortgage rates have been especially detrimental to affordability in some of the largest markets, such as New York City and Los Angeles. According to Zillow, residents in New York spend an average of 27.9 percent of their income on housing, which is higher than the 17.5 percent national average, but still lower than New York’s 29.2 percent historic average.

Meanwhile, residents of the Los Angeles-Long Beach-Anaheim market spend an average of 45 percent of their income on housing, compared to the historic average of 34.6 percent for this area.

Zillow also found that lower-income buyers are the hardest hit, even when they buy home in the most affordable third of the market. On average, mortgage payments require nearly twice as much of the median income for lower-earning buyers (23.9 percent) than they do for the highest-income buyers (12.9 percent).