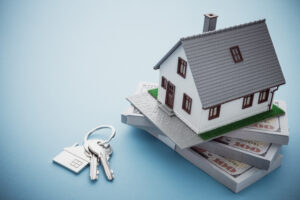 The Mortgage Bankers Association (MBA) reports that mortgage credit availability was on the decline in August, as the MBA’s Mortgage Credit Availability Index (MCAI), fell by 0.5% to 108.3 in August. The MCAI is tabulated by the MBA, analyzing data from ICE Mortgage Technology.

According to the MBA, a decline in the MCAI indicates that lending standards are tightening, while increases in the MCAI are indicative of a loosening of credit standards. The MCAI was benchmarked to 100 in March 2012.

“Mortgage credit availability declined slightly in August, as investors reduced their offerings of ARM and non-QM loan programs. With overall origination volume expected to shrink in 2022, some lenders continue to streamline their operations by dropping certain loan programs to simplify their offerings. Additionally, with a worsening economic outlook and signs of cooling in home-price growth, the appetite for riskier loan programs has been reduced,” said Joel Kan, MBA’s Associate VP of Economic and Industry Forecasting. “Slightly offsetting these trends, however, was a small increase last month in new HELOC products. With aggregate home equity still at elevated levels, HELOCs could benefit borrowers who might not want to give up on their current, low mortgage rate, but do want to utilize their home equity to support other spending plans.”

NerdWallet recently reported that Q2 housing affordability continued to tumble, despite inventory on the rise. This was attributed to the combination of climbing list prices and still stagnant wages means more borrowers are struggling to afford the homes that are on the market.

And while prospective house hunters continue to struggle with affordability, mortgage rates continue to creep upward, there seems to be little relief in sight as Freddie Mac reported last week that the 30-year, fixed-rate mortgage (FRM) hit 5.89%, a 14-year high. 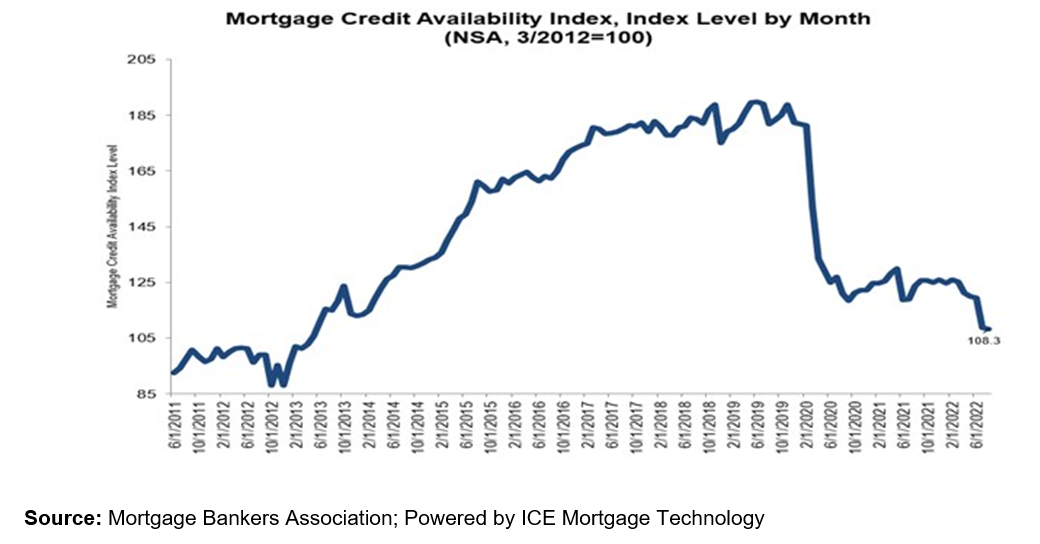 “Homes were listed at 6.5 times the typical first-time home buyer income in the second quarter across the most populous 50 U.S. metros, and 6.6 times their income across the nation,” said NerdWallet Senior Writer/Spokesperson for Data Analysis, Personal Finance, and Economics Elizabeth Renter. “Both of these top the highest rates we’ve seen in the two-year duration of this analysis, previously bested in the first quarter of 2022.”

Lingering inflationary issues may keep more out of the market temporarily, as the Bureau of Labor Statistics (BLS) reported that the Consumer Price Index for All Urban Consumers (CPI-U) rose 0.1% in August 2022 on a seasonally adjusted basis after being unchanged in July. Over the last 12 months, the all items Index increased 8.3% before seasonal adjustment.

“Mortgage rates steadily increased in recent weeks as financial markets speculated whether or not the Federal Reserve would continue with its aggressive policy to cool inflation,” said First American Deputy Chief Economist Odeta Kushi. “The August Core Consumer Price Index (CPI) (excluding food and energy) strengthened the case for a more hawkish Fed, as core CPI came in double the expected pace at 0.6%. The surprise to the upside all but guarantees continued aggressive action from the Fed, likely putting more upward pressure on mortgage rates. Mortgage rates have more than doubled compared with one year ago, resulting in slower sales and house price deceleration. Even higher rates will likely accelerate the great housing market moderation.”

Previous: Women in Housing: Honoring Leadership That Left Its Mark
Next: All Regions Report Home Price Appreciation, But Is It Sustainable?