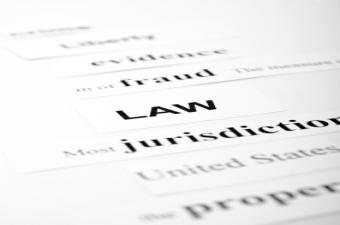 Treasury special adviser Raj Date made headlines again after announcing Tuesday that the ""Consumer Financial Protection Bureau"":http://www.consumerfinance.gov/ (CFPB) plans to finalize the ability-to-repay rule early next year. His remarks follow a series of other barnstorming speeches in the ramp-up for several rules.

""Speaking"":http://www.consumerfinance.gov/speech/remarks-by-raj-date-at-american-bankers-regulatory-symposium/ at the American Bankers Regulatory Symposium, Date billed the ability-to-repay rule as one that would help make the $10.4-trillion mortgage-servicing market fairer, more competitive, and transparent.

""We're in the process of carefully reviewing the comments that have been received on the proposal,"" he said before an audience in Washington, D.C. ""And we plan to issue a final rule early next year in order to provide clarity to the market as quickly as we can, without sacrificing the quality of our analysis.""

The rule, ""proposed"":http://www.gpo.gov/fdsys/pkg/FR-2011-05-11/pdf/2011-9766.pdf by the ""Federal Reserve"":http://www.federalreserve.gov/ earlier this year, parted ways with the agency along with rule-making authority for 18 other consumer financial protection laws that transferred to the CFPB in July.

If it goes on the books, the new rule expand a ban on loans to consumers without the financial wherewithal to pay for the loans, implementing a provision under the Dodd-Frank Act and broadening the scope of Regulation Z under the Truth-in-Lending Act (TILA).

Lenders could exempt their loans from the new rule by meeting any one of four criteria. These include qualifying actual assets and income, expanding the ability to refinance the loan, or signing off on loans with balloon payments in rural areas.

A fourth way to exemption includes making a so-called ""qualified mortgage,"" the definition for which is still underway for federal regulators.

Pending revisions by the CFPB, lenders would need to keep record of their transactions on file for a minimum of three years. The rule would put in place prepayment penalties codified under Dodd-Frank.

Date also touched on the controversial risk-retention rule and uniform form for mortgage disclosures, which continue to move forward despite a flurry of largely critical commentary from trade groups and industries.

""Free markets need rules,"" he added. ""If those rules aren't sensible or if they go unenforced, then markets don't work well.""

Speaking to _MReport_ for a past story, Calabria said he expected that the CFPB plans to ""revisit everything,"" including a swath of rules and proposals under TILA and the Real Estate Settlement Procedures Act.