About 56 percent of respondents to a recent survey by the ""National Low Income Housing Coalition"":http://nlihc.org/ said they support replacing the current mortgage interest tax deduction with an alternative that offers the same percentage deduction to all homeowners without taking income into account.

The survey of a little more than 1,000 Americans also found that 63 percent believe tax deductions should only apply to those whose mortgages are $500,000 or less. This idea was set forth by the National Low Income Housing Coalition.

The same percentage said the federal government should use savings it would incur from revising the mortgage interest tax deduction to end homelessness.

In the same survey, 69 percent of respondents said the federal government should offer programs to support affordable rental housing.

Fewer respondents, but still a majority at 59 percent, said the federal government should help low-income families pay their rent.

The poll was conducted by Belden Russonello Strategies on behalf of the National Low Income Housing Coalition, a major supporter of revising the mortgage interest tax deduction.

""It is time to enact reforms that will stop the subsidy of million-dollar houses and use the savings to help middle and low income families who need it most,"" said Sheila Crowley, president and CEO of the National Low Income Housing Coalition with the ""release"":http://nlihc.org/press/releases/1937 of the survey results. 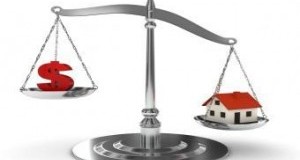 The High Court said the Bureau can continue to operate under new rules, but it’s director “must be removable by the President.”