Home >> Commentary >> Millennials Want to Buy Homes. Can the Mortgage Industry Help Them?

Millennials Want to Buy Homes. Can the Mortgage Industry Help Them?

With skyrocketing rents in many parts of the country, buying a home is beginning to look more attractive to millennials. Jeannie Smith, VP of sales and a home loan officer at Guardian Mortgage discusses how Millennials desire homeownership but struggle financially and how the mortgage industry can help get this generation out of rental agreements and into a purchased home.

While rising rents have boosted an interest in home buying, they are also limiting the discretionary funds millennials have available to save for a down payment. In a double whammy to the millennial pocketbook, house prices also continue to rise.

“Millions of families are confronted by a rental market they can no longer afford and a homeownership market for which they do not qualify,” says “The Silent Housing Crisis,” a report from the J. Ronald Terwilliger Foundation. 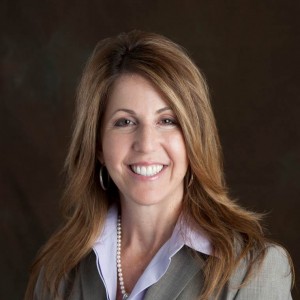 "The American Dream has become more challenging for the millennial generation." -Jeannie Smith

To be sure, reaching the American Dream has become more challenging for the millennial generation. The silver lining is a modestly improving job market that is translating into higher incomes for some. Income generation is a key driver of housing growth.

Recent surveys also indicate that millennials want to own a home, but feel challenged in meeting that goal. Another survey found that just under half of the millennial population will be looking to buy their first home over the next two years.

What can the industry do to make the American dream a reality for Millennials?

1. Encourage flexibility. Ask your millennial clients to consider a longer commute in order to find something they can afford. They may need to consider an older home or a smaller home rather than a new build with all the latest upgrades. If they want condominium living, older complexes on the fringe of a city’s core will be more affordable than newer buildings in the core. Perhaps a townhome is an option they haven’t considered.

3. Educate millennials on homeownership’s benefits. Homeownership builds steady wealth. Lawrence Yun, chief economist of the National Association of Realtors, told Forbes recently that a homeowner’s typical net worth on a lifetime scale will likely be 45 times greater than that of a renter by 2016. According to the Federal Reserve, a typical homeowner’s net worth in 2013 was $195,400, while that of renter’s was $5,400. The next survey, which is completed every three years, will be done in 2016, and Yun expects the gap likely will widen to $225,000 to $230,000 in median net worth for homeowners compared to around $5,000 for renters.

Jeannie Smith joined the Guardian Mortgage Company team in March 2011 as a home loan officer and vice president of sales at Guardian Mortgage Company's Plano, Texas, location. She brings a wealth of experience leading sales and marketing initiatives for some of the world's most recognizable brands. Her strong financial background, creative style, and exceptional ability to cultivate loyal client relationships make her a tremendous asset to the discerning homebuyers Guardian serves.