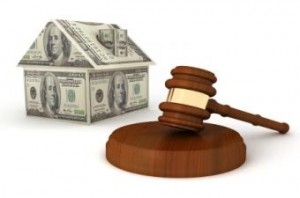 The Justice Department recently announced a settlement agreement to resolve allegations that a Lowell, Massachusetts-based bank practiced discriminatory lending based on race and national origin.

The Justice Department filed a complaint and proposed consent order on Monday to alleviate the allegations against Sage Bank.

A news release from the Department showed that Sage Bank supposedly violated the Fair Housing act and the Equal Credit Opportunity Act (ECOA) by charging African-Americans and Hispanics more for home loans than white borrowers. The discriminatory lending was done despite their creditworthiness or financial situations.

The Department's complaint, which originated from a referral by the Federal Deposit Insurance Corp., says that from January 2011 through May 2014, Sage Bank originated mortgage loans to about 550 African-American and Hispanic borrowers.

These loans not only provided the bank with higher revenue, but also caused African-Americans to spend about $2,500 more for their loan, while Hispanics paid about $1,400 more, the released stated.

“Sage Bank’s loan pricing policies created the risk that borrowers would be treated differently based on impermissible characteristics like race and national origin, and that was in fact the result,” said Principal Deputy Assistant Attorney General Vanita Gupta, head of the Civil Rights Division. “This settlement ensures that all potential borrowers will be treated equally, regardless of race and national origin, and Sage Bank has agreed to restructure and monitor its lending practices to ensure that it is meeting those obligations.”

Under the consent order, which is subject to court approval, Sage Bank will:

“Sage Bank’s discriminatory practices were aimed at some of our most vulnerable neighborhoods and populations,” said U.S. Attorney Carmen M. Ortiz of the District of Massachusetts. “Homeownership is the foundation of the American dream, and we will continue our work to ensure that all people – regardless of their skin color or the language they speak – have equal access to that dream.”