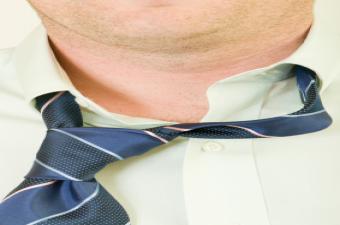 A recent report by the inspector-general of the ""Federal Housing Finance Agency"":http://www.fhfa.gov/ (FHFA) casts the independent federal agency as one overly deferential to the decisions of the GSEs, creating problem areas with repurchase claims, executive compensation, and examiners, among others.

FHFA inspector-general Steve Linick faulted the agency in a ""semiannual report"":http://www.fhfaoig.gov/Content/Files/second%20semiannual%20report.pdf he submitted to Congress.

He commended the FHFA for collaborating closely with law enforcement agents in suspected mortgage fraud activity but criticized it for relying ""on work done by the Enterprises without independently testing and validating that work, thereby according undue deference to Enterprise decision-making.""

The report cited a $1.35-billion settlement worked out between ""Bank of America"":https://www.bankofamerica.com/ and ""Freddie Mac"":http://www.freddiemac.com/ as one instance, drawing on the experience of one senior examiner who felt that a loan review process fell short of adequately accounting for bad loans from the Countrywide Financial Corp. unit.

""FHFA relied on Freddie Mac's analysis of the settlement without testing the assumptions underlying the Enterprise's existing loan review process,"" it said.

Among other problem areas, the inspector-general's office concluded that the FHFA signed off on $35 million in executive pay between 2009 and 2010 without doing much homework ├â┬ó├óÔÇÜ┬¼├óÔé¼┼ô a financial decision that transformed into harsh political reality in November.

The report ""found that FHFA did not test or validate the means by which the Enterprises calculated their recommended compensation levels and did not consider factors that might have resulted in reduced compensation costs.""

In line with excessive executive pay, the inspector-general faulted the FHFA for scrimping on resources needed to hire examiners and handle customer complaints.

The report said that FHFA keeps on the payroll ""too few"" regulators, of which only 34 percent are accredited examiners. Customer service lags at the agency, with only two part-time employees staffed to oversee complaints about loans and foreclosures.

The inspector-general's office said that the FHFA had agreed to each of its recommendations to address the deficiencies, with implementation pending.

Consistently rising mortgage rates are forcing many refi borrowers to reconsider, as refinance activity is down 66% year-over-year according to the MBA.