The future of housing in America can seem so close, yet so far away, but government officials and housing experts are already hot on the case making their evaluations of the present state of the market and predictions for the future.

In the discussion, Secretary Castro first addressed the state of the housing market today by shining some light on the headliner topic of affordability issues. 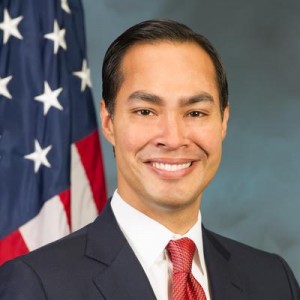 Secretary Castro then began to discuss the larger issue on everyone's mind: affordable housing. In addition, he talked about housing trends among older Americans.

Other speakers noted that the problem has shifted from demand to supply and is not just within housing itself, but also among inequality in all forms.

"We have a massive supply problem and can't transform housing over night," Fitzgerald noted.

Secretary Castro outlined that HUD's goal is to provide affordable, accessible, and inclusive communities for all consumers. "Homeownership is at its lowest level in decades. It's a challenge we need to tackle," he said.

The aging population also plays an important part in the future of housing. Secretary Castro said in the discussion that not enough preparation has been done to accommodate older Americans.

"Older Americans don't get enough attention in regards to housing needs," he said. "We haven't prepared for people to age...this compounds the affordability crisis attention in housing needs to shift from the Millennials to the Baby boomers. There's value in older adults...we need to cultivate that."

Despite how bleak the picture may appear, the housing market has made many strides.

Secretary Castro explained that there has been a 36 percent overall reduction in homelessness in the U.S. Federal Housing Administration (FHA) loans were a huge driver for minority homeownership, and 44 percent of home loans that went to African-Americans last year were from the FHA.

There is not one place in the country where consumers can afford to rent a 2-bedroom apartment of a full-time minimum wage salary.

The solution to affordable housing for all consumers "will take creativity and new resources to leverage private investment," Secretary Castro said.