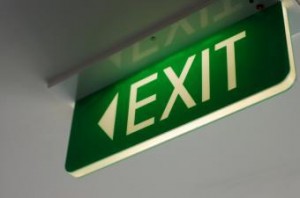 Earlier this year, the nation's third-largest mortgage lender—Quicken Loans— and the Department of Justice (DOJ) went back and forth in a legal battle accusing the lender of improperly originating and underwriting Federal Housing Administration (FHA)-insured mortgages.

"Those who do business with the United States must act in good faith, including lenders that participate in the FHA mortgage insurance program," said Principal Deputy Assistant Attorney General Benjamin C. Mizer of the Justice Department’s Civil Division. "To protect the housing market and the FHA fund, we will continue to hold responsible lenders that knowingly violate the rules."

In response, Quicken accused the DOJ of perpetrating a "witch hunt" against them and of continuing "abusive practices."

"The complaint filed today is riddled with inaccurate and twisted conclusions from fragments of a handful of emails cherry-picked from 85,000 documents that the DOJ subpoenaed," Quicken said in a statement on its website. "Worse than that, the DOJ appears to be basing their entire case on a handful of out-of-context email conversations skimmed from the communication between Quicken Loans employees. These conversations relate to a miniscule number of loans out of the nearly 250,000 FHA mortgages the company has closed over the past seven years."

Well now, that lender is now tossing around the idea of exiting the government program altogether.

Reuters reported that Quicken Loans, the nation's third-largest mortgage lender, may leave the FHA home loan program with regards to how they handle bad mortgages.

JPMorgan Chase, Bank of America, and Wells Fargo are other banks that are grappling with the FHA about their mortgage loan program, Reuters said.

"After three years of struggling to understand the DOJ's position and methodology," Quicken CEO Bill Emerson said earlier this year. "It is time to ask the court to intervene. It's a shame the DOJ would choose to attack the country's largest and highest quality FHA lender … at the very time our nation needs expanded access to credit for middle-class Americans who benefit most from the FHA program."

Quicken Loans did not immediately respond for comment when contacted Wednesday afternoon.

"Lenders including Quicken say the FHA demands repayments for even the most minor of mistakes that a bank may make when extending a loan, to force them to bear the agency's losses, making the government's insurance an illusion."

"Now Quicken, the largest FHA lender, is looking at bowing out as well, company founder and Chairman Dan Gilbert told Reuters. It is also considering cutting the risk it takes in the program, he said."

Brian Montgomery, The Collingwood Group Vice Chairman and former FHA Commissioner explained that if Quicken decides to proceed with this "troubling pattern of FHA lenders believing the risk of Justice Department enforcement down the road for failing to underwrite to near perfect standards far outweighs any financial benefit to the lender. I suspect most lenders never thought they’d see the day where the nation’s flagship home-buying program created in the Roosevelt Administration would be shunned by lenders fearful of government reprisal.

He added, "As more lenders retreat from FHA, it only shrinks the number of potential homebuyers hoping to buy their first home with a low down payment–the hallmark of FHA lending.”

Click here to view the full report from Reuters.