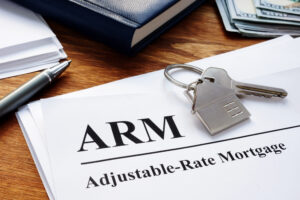 Some housing market observers who lived through the subprime lending crisis have expressed concern about the rise in adjustable-rate mortgages (ARMs). They fear future mortgage payments could become unsustainable for borrowers as rates rise—but housing researchers from The Urban Institute (UI) say recent alarm is not supported by the latest data and that, in fact, ARMs could make homeownership more accessible.

“Today’s ARMs are no riskier than other mortgage products,” Urban Institute researchers Laurie Goodman, Karan Kaul, and John Walsh wrote in a Nov. 28 publication. Plus, “their lower monthly payments could increase access to homeownership for more potential buyers.”

ARMs, in practice, can make good sense, the researchers note.

“Before 2005, ARMs required higher credit scores, higher incomes, and larger down payments to compensate for the higher risk,” they write. “Borrowers understood how their mortgages worked, and there were no market hiccups.”

They note that the U.S. homeownership rate is slightly below average compared to other developed countries, and that, for many, ARMs are the go-to mortgage product.

They point out that only the U.S. and Denmark offer 30-year fixed-rate mortgages. 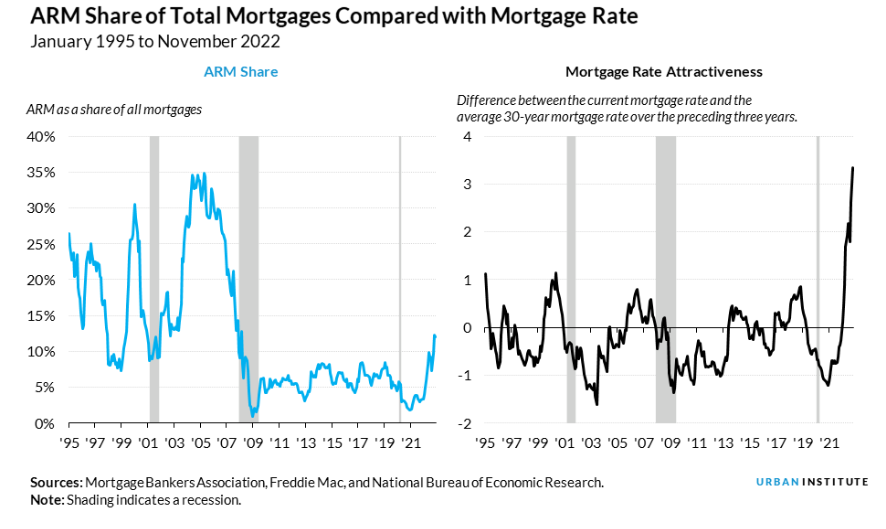 America saw the use of ARMs decreasing as rates remained low in the 2020s and 2021, because more borrowers wanted to lock in rates. So, as rates rise, the use of ARMs increases. Of course, that poses the possibility of ever increasing payments, however, today’s ARMs are not crisis era ARMs, the researchers say.

The risks of ARMs has been substantially mitigated by the regulatory reforms put in place after the 2008 bust, they say, and, in fact, today’s ARMs don’t even pose pre-bubble-version risk. Instead, they are fully amortizing mortgages with initial fixed terms of five-, seven-, or 10-years and are subject to an interest rate reset each year thereafter.

“Our calculations of Fannie Mae and Freddie Mac data from 2020 to 2022 indicate 19.5% of ARM originations have an initial fixed term of five years, 47.8% have a fixed term of seven years, and 32.7% have a fixed term of 10 years. These mortgages reset annually after the fixed period ends,” they write, comparing today's conditions to the subprime crisis era.

“This contrasts sharply with the 2005 to 2007 subprime ARMs, which generally had fixed terms of two or three years, and the rate for that initial period was often teased down,” they note. "It also contrasts with the so-called negative amortization product, where the initial payments did not cover the full principal and interest payments on the loan and the loan balance was permitted to grow.”

That layering of risks set borrowers up for failure, the UI analysts say.

Even with today’s inverted yield curve, in which shorter-term rates are higher than longer-term rates, today’s adjustable rate mortgages offer considerable interest rate savings and pose lower risk than ever before, the researchers write.

“ARMs are no longer something to fear,” the authors conclude. “In fact, they could help borrowers save money and reduce barriers to homeownership.”