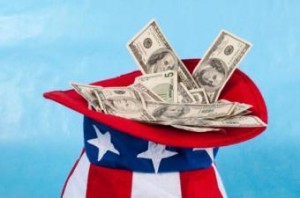 Credit unions experienced phenomenal growth in 2016, and particularly in the third quarter, surpassing 106.2 million members and $1 trillion in deposits during Q3, according to the National Association of Credit Unions (NCUA).

First mortgage originations were a major driver of balance sheet growth for credit unions in Q3, according to analysis from Callahan & Associates. With an increase of 9.2 percent over the last 12 months, first mortgage balances ranked second behind only auto loan balances (13.8 percent) in Q3.

“By almost any measure, America’s credit unions as a whole continue to grow,” NCUA Board Chairman Rick Metsger said. “Rising credit union membership has boosted deposits, and loans have continued to grow at a double-digit pace. At the same time, the overall delinquency rate has held steady, and the shift away from long-term investments has continued. Despite these positive trends, federally insured credit unions must guard against risks on the horizon like rising interest rates and regional economic downturns, particularly in energy-producing states.”