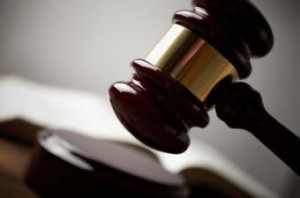 A U.S. District judge denied the U.S. Department of Treasury's motion to strike Pershing Square Capital Management's voluntary dismissal of a lawsuit it filed in August over misappropriation of government funds.

Pershing Square CEO William A. Ackman, whose company is the largest non-government Fannie Mae and Freddie Mac shareholder with about 170 million shares and close to $700 million invested in both GSEs combined, filed two lawsuits in August alleging that the sweeping of GSE profits into Treasury, which began in 2012, was unconstitutional. Ackman withdrew one of the suits in November. On Wednesday, U.S. District Judge Royce Lamberth ruled in favor of the huge New York-based hedge fund, writing in his ruling that "(t)his case remains dismissed."

The first Pershing Square suit was filed the U.S. Federal Court of Claims and alleges that the sweeping of GSE profits into Treasury equates to taking private property for public use without "just compensation," a practice forbidden by the Fifth Amendment of the U.S. Constitution, and created a "windfall" for the government while shortchanging GSE shareholders. The second suit, filed in the U.S. District Court the day after the first complaint, claimed that Pershing Square was denied fundamental shareholder rights and that the Federal Housing Finance Agency (FHFA), conservator for both GSEs since 2008, refused to allow Pershing Square to inspect books and records despite written demands made by Pershing to the FHFA board of directors to do so. The second complaint also calls for all GSE profits being diverted into Treasury to be divided among the GSEs' shareholders. The second suit is the one Ackman voluntarily dismissed.

Two similar lawsuits filed in 2013 by investors Fairholme Funds and Perry Capital were dismissed by Lamberth in late September 2014, with the judge ruling that the sweeping of GSE profits into Treasury was legal under the Housing and Economic Recovery Act. Both Fairholme and Perry have appealed the judge's decision. Some suggested that Ackman voluntarily dismissed his suit because he anticipated his complaint meeting a similar fate to the other two in Lamberth's court.

"There is no doubt that the plaintiffs voluntarily dismissed their case as part of a broader litigation strategy—and not because they suddenly decided their claims had no merit," Lamberth wrote in his ruling. "But strategic conduct in the face of high-stakes litigation is not a punishable offense."