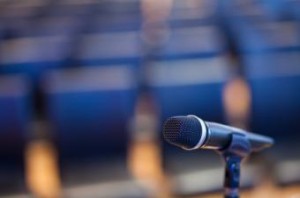 Amid calls from the Obama administration for a more stable housing market—particularly where affordable housing is concerned—Michael Stegman, counselor to the Secretary of the Treasury for Housing Finance Policy, Thursday called for top-down reforms that would rewire how the federal government funds and regulates both government and private-label securities.

Stegman said the GSE system needs a drastic overhaul in order to better operate, fund, and regulate itself and private-label securities, a.k.a. PLS, operations. He criticized a pair of "implausible scenarios" that would either leave the GSE system to amend itself or rely on minor revisions. Neither of these approaches, he said, would achieve what the president is calling for—a mortgage market dominated by private capital backed by secure government, and one that broadens the transparency and access borrowers and investors have to the mortgage process.

President Obama's overarching vision is to have the secondary market, which is dominated by Fannie Mae and Freddie Mac, fund the primary market and provide greater maneuverability in the affordable housing sphere. Borrowers, though willing to risk mortgages, Stegman said, mistrust the system that upended in September of 2008 and is still reeling from the economic haymaker wrought by the Great Recession.

To re-establish trust, Stegman said, U.S. housing needs a stronger, single-source federal mortgage insurance system. To achieve this, the existing dual-source GSEs must confront the fact that the system has been undercapitalized, overextended, and overcomplicated. Add to that the fact that implied government security for loans have not really provided lower mortgage costs for even good-risk borrowers, and trust is out the window, he said.

First, Stegman said, the GSE system needs to be restructured to withstand the bubble-and-bust trends that plague the housing market. This is an important step, considering that mortgage holders owe Fannie and Freddie around $5.6 trillion, which is half the U.S. budget.

Stegman's remarks come on the heels of calls by investor Bruce Berkowitz, managing member and chief investment officer of Fairholme Capital Management, to protect Fannie Mae and Freddie Mac shareholder agencies through GSE reform and better oversight. Fairholme, along with Perry Capital, has sued the fed for devaluing stocks based upon Treasury changes in agreements with the GSEs.

But the underlying issue for Stegman is the public trust. Borrowers, he said, must feel that their creditors are accountable and responsible. Anything short of a government that standardizes and enforces its regulations as a way to buttress the housing market against traditionally destabilizing forces simply will not work.