Last week, Fannie Mae and Freddie Mac announced they would be contributing $186 million to the National Housing Trust Fund (NHTF) in order to provide for funding for construction of affordable rental housing for low-income families.

It is the GSEs’ first contribution to the NHTF after more than a seven-year suspension. The contributions which were originally intended to start when the NHTF was created in 2008 but suspended when the Fannie Mae and Freddie Mac were taken into conservatorship by the Federal Housing Finance Agency (FHFA). FHFA Director Mel Watt announced in December 2014 that he was lifting the temporary suspension of GSE contributions to the Housing Trust Fund.

The contribution drew heavy criticism from Republican lawmakers because of perceived risk to taxpayers while the GSEs remain in conservatorship. Rep. Jeb Hensarling (R-Texas) Chairman of the House Financial Services Committee, said the move “sows the seeds for the next housing crisis.” Rep. Ed Royce (R-California), a senior member of the House Financial Services Committee, stated that "We must stop the egregious siphoning of money from the GSEs to this housing slush fund.” Royce introduced the Pay Back the Taxpayers Act of 2015 in January 2015, proposing that no funds from Fannie and Freddie can be used to fund the national Housing Trust Fund while the GSEs are in conservatorship or receivership.

While Republican opposition to the contribution of GSE funds to the NHTF, housing advocates and civil rights groups that have been calling on FHFA and Congress to strengthen the lending market and homeownership rates, particularly among African Americans, Hispanics, and low-income communities, were equally passionate about it in the other direction, offering widespread praise for the move.

“Allowing Fannie Mae and Freddie Mac to contribute to the National Housing Trust Fund is another significant measure taken by FHFA Director Mel Watt to shore up the commitments made to communities of color that expand affordable and sustainable housing finance,” Wade Henderson, President and CEO of The Leadership Conference on Civil and Human Rights. “The strengthening of this fund will help provide revenue to build, preserve, and rehabilitate housing for people with the lowest incomes. A portion of the Trust Fund may also be used for homeownership activities for people with very low incomes, beginning what we hope is another of many steps to open homeownership to millions of more Americans. We thank Director Watt for his continued leadership on this issue.”

“Making a payment to the National Housing Trust Fund is a huge step to re-engage Fannie Mae and Freddie Mac in the low- and moderate-income housing market,” said Doug Ryan, Director, Affordable Homeownership, Corporation for Enterprise Development (CFED). “Another needed step is to build a capital buffer so the Enterprises can effectively, and for the long-term, fund homeownership for LMI communities and communities of color through Duty to Serve, Affordable Housing Goals and other programs and initiatives.”

“Dithering on this issue jeopardizes the future of homeownership for millions who continue to seek economic stability, including African-American, Latino, and low-income communities.”

According to Brent Wilkes, National Executive Director, League of United Latin American Citizens (LULAC): “Fannie Mae and Freddie Mac’s first payment to the National Housing Trust Fund is a long overdue step in the right direction that will help them fulfill their duties to provide services for underserved families in need of affordable housing and in pursuit of homeownership. We commend Director Watt for taking this bold step in the face of congressional inaction on housing reform. Latino families continue to fight their way back to the peak of homeownership rates prior to the housing collapse. We cannot afford to abandon those programs that will help restore the financial stability of these communities.”

At the same time, however, those praising the GSEs’ contribution to the Housing Trust Fund were wary of the risk it poses to taxpayers.

“However, we remain concerned about continued inaction on housing reform. Director Watt’s comments that the unending conservatorship of Fannie Mae and Freddie Mac poses a danger to the taxpayer—which should have served as a wake-up call for our leaders—are a positive step in encouraging a change to the status quo,” Henderson said. “The current arrangement, which will reduce Fannie Mae and Freddie Mac’s capital to zero at the end of 2017, will ultimately leave taxpayers on the hook for another bailout should the GSEs falter again. Building a capital buffer is the next logical step in rectifying a situation that has long been ignored, to the detriment of the American people.”

Henderson continued, “Dithering on this issue jeopardizes the future of homeownership for millions who continue to seek economic stability, including African-American, Latino, and low-income communities. This is why we encourage Director Watt to operate within his authority and take action to allow for the building of a capital buffer against future losses. This would allow the GSEs to better fulfill their mandates and help more Americans achieve the pinnacle of the American Dream: homeownership.

According to Wilkes, “We strongly urge Director Watt to go one step further by acting within FHFA’s purview and allow Fannie and Freddie to rebuild sufficient capital that would allow them to continue executing their commitment to underserved families, while protecting our taxpayers should the GSEs falter."

Previous: A Credit Shuffle Among Mortgage Lenders
Next: Are Home Builders Locking Out First-time Buyers? 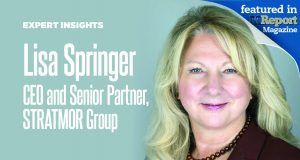