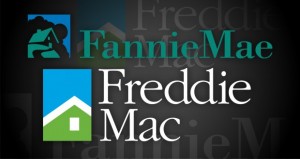 A new group has launched on the side of shareholders in the ongoing debate for the future of Fannie Mae and Freddie Mac.

Calling itself the “Coalition for Mortgage Security,” the group describes itself as a bipartisan, grassroots organization with the goal of reforming housing finance “in a way that benefits and fairly treats current and future homeowners, taxpayers, and investors across the country.”

“Our mission is to ensure that the federal government enacts legislation that responsibly winds down Fannie Mae and Freddie Mac and sets up a new system funded by private capital with a limited government role and strong regulatory oversight,” the group says on its website.

The coalition’s launch comes as the Senate Banking Committee prepares to go over a recently introduced bill that would wind the two enterprises down and create a limited government backstop in the form of an FDIC-like federal mortgage corporation.

Lawmakers aren’t the only group focusing on the two companies now that they’ve finished paying back their bailouts. Investors, prompted by a change to Fannie and Freddie’s bailout terms that require them to pay all profits to the U.S. Treasury, have stepped forward to get their cut, filing lawsuits against the government and urging the companies’ boards to return to their normal courses of business.

The coalition also voiced its disapproval of the government’s move, listing as one of its three principles: “The rule of law is the basis for American Capitalism and must be acknowledged and respected in order for properly functioning capital markets. ... The rules of the game cannot be changed in the middle of an inning.”

According to the group, its other two driving principles are the replacement of the GSEs with private companies funded by private capital and the continued availability of the 30-year fixed-rate mortgage, “which is the main engine of the housing market and the primary avenue for sustainable homeownership.”

While the Coalition for Mortgage Security revealed little else about itself immediately following its launch—including its funding sources—Reuters reports it is directed by Ken Blackwell, a senior U.S. housing official under President H.W. Bush.