Prudential Settles Lawsuits with Bank of America over Mortgage-Backed Securities 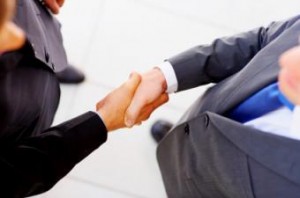 According to Law360, the suits, which were first filed in March 2013, alleged Bank of America and others knowingly sold Prudential $2.1 billion in low-quality mortgage-backed securities—and made false statements about them. Prudential claimed this left the company with more than 10,000 defective home loans, many that eventually went into default or foreclosure.

The suits also claimed there were deficiencies in loan-to-value ratios, owner-occupation levels, and more, and that the credit ratings touted by the defendants were “garbage,” according to federal court documents.

Many of the claims made by Prudential were dismissed earlier this year, according to Reuters, when District Judge Stanley R. Chesler heard the case in February. Chesler determined that Prudential did not effectively prove that BofA or Merrill Lynch had lied to rating agencies about the quality of their loans, and he dismissed Prudential’s negligent misrepresentation claim.

In the end, Chesler determined Prudential could move forward with only one count of equitable fraud—an allegation that the defendants acted as underwriters, not sponsors or issuers, on 21 securities.

The claim was finally settled Wednesday, when both parties filed a stipulation of dismissal with prejudice. Though terms of the settlement were not stipulated in the court documents, they did say each party would be responsible for its own expenses stemming from the lawsuit.

This isn’t the first time Bank of America has been involved in a lawsuit of this nature. In August 2014, it reached a $16.65 billion settlement with federal and state authorities regarding similar liabilities. It was also dealt a $1.27 billion civil penalty in July 2014 when the U.S. government claimed its Countrywide unit defrauded Fannie Mae and Freddie Mac into buying low-quality loans.

At the time of publication, representatives at Prudential could not be reached. Bank of America spokesman Lawrence Grayson told MReport that the company had no comment on the recent settlement.