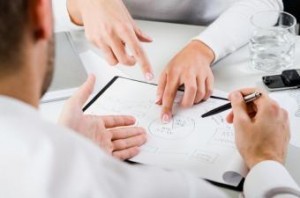 Years of hardships and constant changes in the mortgage service industry have encouraged RMBS 3.0 investors to voice their requests for servicer improvements, according to Fitch Ratings.

“Most mortgage servicers have undergone significant transition since the mortgage crisis, including reductions in bank servicing portfolios and growth of non-bank servicing portfolios,” the report states. “Investors in RMBS 3.0 are seeking further structural improvements in new transactions, including those directed at improving their ability to impact servicer performance.”

Fitch reports that these investors are looking to change the following:

Many of these changes can be done by the servicers themselves, or in some cases may require the use of a transaction manager (TM) or like entity for oversight purposes, Fitch says. The TM would take on a supervisory role of directing the actions of the servicers for the benefit of investors. The manager would then ensure that servicers are complying with the terms and conditions specified in detail in new transaction Pooling and Servicing Agreements. The punishment could mean early termination.

“Fitch believes that such oversight can add particular value with weaker credit mortgage pools with higher rates of delinquency,” the report stated. “Additionally, a TM working in tandem with a master servicer could add value to transactions which have unrated servicers or multiple primary servicers.”

Fitch intends to continue monitoring these new developments and their impact on RMBS transactions and believe that they will have a positive effect on the servicing industry.

“While many servicers remain focused on their legacy servicing portfolios and regulatory matters, Fitch believes that opportunities currently exist for improvements in servicer effectiveness,” the report concludes. “Those servicers that are able to evidence an ability to respond to the heightened investor expectations while fulfilling all of their servicing responsibilities and requirements will have greater success over the longer run.”