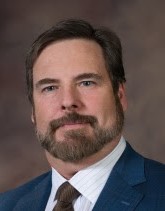 Alliant National Title Insurance Company, a title insurance underwriter that partners with independent agents to improve their competitive position in the marketplace, recently announced in a press release the promotion of Jeff Stein to SVP and Southeast regional counsel after five years of working with the company.

As the SVP and southeast regional counsel, Stein will be involved with supervising the company’s contract attorneys in the Southeast and work closely with the Southeast regional manager to develop new markets throughout the region. He will also focus on Alliant National’s established market in Florida and local independent agents.

Stein joined Alliant National in 2010 and has 30 years of experience as an attorney, the company reported. He has worked as an in-house counsel in both claims and underwriting, and has owned his own law firm for about 17 years. Currently, he serves as the President of the Florida Land Title Association and is also a licensed Civil Law Notary in the state of Florida.

“I am honored and excited for this new opportunity to continue my career with Alliant National,” Stein said. “I look forward to the company’s expanded reach throughout the Southeast, and to being able to contribute to this growth.”

The latest American Housing Survey conducted by the Census Bureau for the Department of Housing ...