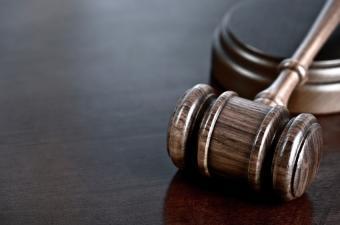 [1]The 5th U.S. Circuit Court of Appeals in New Orleans has revived a lawsuits filed by the Federal Deposit Insurance Corp. (FDIC [2]) accusing Deutsche Bank, Goldman Sachs, and the Royal Bank of Scotland of fraud with regards to $840 million worth of mortgage-backed securities sold to a Texas bank that later failed, according to multiple media reports [3].

Citing a federal law passed in 1989 following the savings and loan crisis, the 5th Circuit Court ruled that the FDIC had an extended amount of time to file lawsuits on behalf of institutions it insures that went into receivership. The FDIC is accusing the Deutsche, Goldman, and RBS of making false statements in selling $840 million in mortgage-backed securities to Texas-based Guaranty Bank in 2004 and 2005. The FDIC took the bank into receivership in June 2009.

A judge in Austin, Texas, dismissed the lawsuits filed by the FDIC last year against the financial institutions, stating that a Texas law that required lawsuits to be filed within five years of the sale of the mortgage-backed securities superseded the federal law. The lawsuits were filed in 2014, nine and 10 years after the securities were sold.

Circuit Judge Carolyn Dineen King wrote in her ruling that it was "highly unlikely" that Congress would have applied the time limit in some cases but not all, according to a report from Reuters [3]. She wrote in her ruling that the federal law allowed the FDIC to focus on handling bank failures instead of worrying about whether or not there is a potential statute of limitations and what that time limit might be.

This is not the first case in which an appeals court has ruled in favor of the regulators on the time limit issue. Last year, a federal appeals court in Denver found that the National Credit Union Administration filed its mortgage-backed securities lawsuits in a timely manner, according to Reuters.

Another mortgage-backed securities case in which RBS was involved was decided in May in favor of the government agency that filed the suit. The FHFA alleged it suffered monumental losses when the sponsor of the mortgage-backed securities, Nomura, and the securities' underwriter, RBS, did not follow underwriting guidelines on 68 percent of a sample of a bundle of securities backing more than $2 billion worth of mortgages sold to the GSEs prior to the financial crisis of 2008. FHFA was seeking $1.1 billion; the court found Nomura liable and FHFA was awarded $806 million. Nomura has appealed the penalty, and the time limit issue could be pivotal in the appeals court's decision, since Nomura contents that the FHFA waited too long to file the suit.

FHFA currently has a separate suit pending against RBS; the Scotland-based bank is the last case to be decided out of 18 lawsuits filed by the FHFA against lenders in 2011 to recoup U.S. taxpayer costs following the government's $188 billion bailout of Fannie Mae and Freddie Mac in 2008. Sixteen of the lenders settled; the Nomura case was the first one to go to trial. The RBS case is expected to go to trial sometime next year.