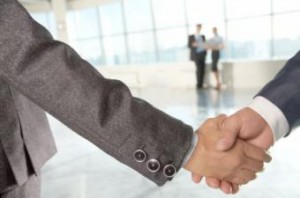 According to FHFA, under the terms of the settlement, Goldman Sachs will pay $2.15 billion to Freddie Mac and about $1 billion to Fannie Mae to buy back the alleged faulty RMBS the two GSEs purchased between 2005 and 2007. FHFA estimates the worth of the settlement to be about $1.2 billion due to the bonds' current value.

The lawsuit, FHFA v. Goldman Sachs & Co., et al., named Goldman Sachs, related companies, and some individuals as defendants, according to FHFA. The suit was settled in the U.S. District Court of the Southern District of New York.

"We are pleased to have resolved these matters," Gregory K. Palm, EVP and general counsel of Goldman Sachs, said in a press release.

The settlement makes Fannie Mae and Freddie Mac whole on their investment in the RMBS in question, and as part of the settlement, the two GSEs will release certain claims they previously made against Goldman Sachs with regards to those same RMBS, according to FHFA.

A spokesperson for FHFA referred to the press release put out by the organization when asked for comment.

The settlement with Goldman Sachs was the 16th out of the 18 lawsuits FHFA has filed since 2011 with regards to RMBS.

Previous: Mortgage Risk Index Down in July
Next: The MReport Webcast: Tuesday 8/26/2014