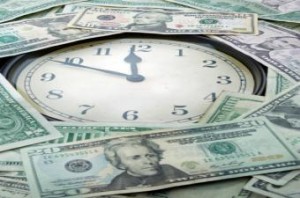 The conservator for Fannie Mae and Freddie Mac plans to wait until early next year to release a finalized rule governing capital requirements for private mortgage insurers, an industry group announced this week.

Months after the Federal Housing Finance Agency (FHFA) first unveiled a rule establishing eligibility requirements for private insurers, the agency informed some of the nation's top firms it doesn't plan to release a finalized rule until close to the end of Q1 2015 or later, according to an announcement from U.S. Mortgage Insurers (USMI).

The rule, first announced in July, put in place a set of standards to ensure that firms working with Fannie Mae and Freddie Mac are able to provide capital even in adverse economic conditions. As stated in their charters, the GSEs are required to obtain private mortgage insurance or some other form of credit enhancement for mortgages they purchase with loan-to-value ratios above 80 percent.

"FHFA's Strategic Plan calls on Fannie Mae and Freddie Mac to strengthen the requirements for private mortgage insurance companies that do business with them in order to reduce Fannie Mae's and Freddie Mac's overall risk exposure and protect taxpayers," FHFA Director Mel Watt said at the time.

Responses to the draft were mixed, with many trade organizations and companies saying they were too burdensome and could lead to increased borrowing costs and further restrictions on credit. Nevertheless, USMI said Wednesday its members "remain united in support of the need to update the [eligibility requirements]."

"When finalized, those standards will confirm the long-term value of MI for mortgage borrowers, lenders, and taxpayers," the group said. "Accordingly, USMI will continue to work closely with FHFA and the GSEs to finalize and implement the PMIERs and urges finalization of these important standards.”

While the group's announcement suggests FHFA originally planned to release a final version of the rule by year-end 2014, recent statements from the agency indicate otherwise. In a Senate Banking Committee hearing in November, Watt said FHFA is still in the process of evaluating comments gathered in the months following the draft's release as well as comments regarding future increases to guaranty fees.

"They are connected to each other in some ways that is not always obvious to the public," Watt told the committee. "And we are trying to sort through those connections, and I would expect ... hopefully in the first quarter of next year we will bring greater clarity to that area."

Previous: Mortgage Rates Fall to Lowest Point Since May 2013
Next: Payrolls Jump by 321K in November; Unemployment Rate Flat