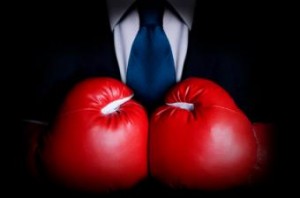 A Los Angeles law firm announced a new class action lawsuit against Home Loan Servicing Solutions (HLSS), making it the latest in a line of suits filed against the mortgage company over its relationship with Ocwen.

Glancy Binkow & Goldberg LLP alerted HLSS shareholders on Tuesday about the suit, which targets HLSS for not being open about the company's close relationship with Ocwen, which has suffered from wave after wave of regulatory setbacks in the last year.

In its complaint, the firm alleges that HLSS, which deals in the acquisition of mortgage servicing assets, made misleading statements and failed to disclose to investors how much its own business depended on Ocwen's and the extent of Ocwen's troubles.

The complaint comes after a year of investigations by New York's top financial watchdog into Ocwen's relationships with affiliated companies, which regulators say created conflicts of interest in the companies' daily business.

Late last year, Ocwen resolved the investigation with a $150 million settlement that also saw the resignation of its founder and executive chairman, William Erbey. Erbey had also served as non-executive chairman on HLSS' board, a position he was forced to vacate. Shares of HLSS plummeted in the weeks following the announcement of Erbey's resignation.

The complaint also brings up a notice issued in late January by private investment firm BlueMountain Capital Management notifying both HLSS and Ocwen that regulatory sanctions against Ocwen constituted a breach of contract and default on certain notes serviced by HLSS.

On top of that, the company has fielded complaints in the last week from New York investor Mangrove Solutions, which has threatened to nominate a new slate of directors based on HLSS' ongoing dealings with Ocwen.

Update: As promised, Mangrove introduced on Thursday its list of nominations for HLSS' board of directors, citing the "significant value destruction shareholders are facing" from the company's relationship with Ocwen and the failure of HLSS' current board to address the issue.

"While we remain open to further discussion with the Board and are amenable to reaching a mutually agreeable resolution that benefits all shareholders, we remain firm in our position on this matter—HLSS must terminate its relationship with Ocwen. If this Board continues to refuse to take action, we look forward to presenting shareholders with what we believe will represent the far superior choice of leadership at the Company's 2015 Annual Meeting," said Mangrove founder and president Nathaniel August in a statement.

August is also one of the nominees offered by Mangrove.