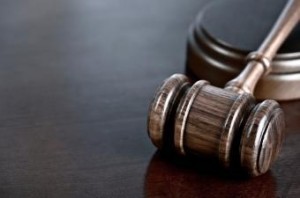 The Federal Housing Finance Agency (FHFA)'s case against two of the world's largest banks, Nomura Holdings and the Royal Bank of Scotland (RBS), over claims of misrepresenting the quality of mortgage-backed securities to Fannie Mae and Freddie Mac, is scheduled to go to trial next week, according to media reports.

The non-jury trial in the U.S. District Court of the Southern District of New York in Manhattan is scheduled to begin on Monday, March 16. If no last-minute settlement is reached, Nomura and RBS would be the first two financial institutions to go to trial out of the 18 lenders FHFA sued in 2011 to recoup U.S. taxpayer costs following the government's $188 billion bailout of Fannie Mae and Freddie Mac in 2008, after which the government seized control of both Enterprises. The other 16 lenders have paid a combined total of about $24 billion to settle with FHFA, including $9.3 billion paid by Bank of America in March 2014.

FHFA is said to be seeking $1 billion in damages over losses the Agency suffered when the sponsor of the mortgage-backed securities, Nomura, and the securities' underwriter, RBS, did not follow underwriting guidelines on 68 percent of a sample of a bundle of securities backing more than $2 billion worth of mortgages sold to the GSEs prior to the financial crisis of 2008. FHFA alleges that the appraised values of the loans in question were inflated by an average of 11 percent, according to reports. Nomura and RBS have reportedly denied the allegations, claiming they made no misleading statements about the securities.

The banks would receive the securities back should they have to pay damages in the case. According to reports, the securities were valued at $480 million earlier this week, which is less than half of the $1 billion in damages FHFA is said to be seeking.

Reports surfaced in early January 2015 that FHFA might ask RBS to pay up to the equivalent of $7.7 billion in U.S. dollars to settle a separate mortgage-backed securities case being handled by the U.S. District Court in Connecticut. RBS had reportedly set aside the equivalent of $3 billion in U.S. dollars for a possible settlement to resolve claims that it sold $32 billion worth of faulty mortgage-backed securities to the two GSEs.

In June 2014, RBS agreed to pay $99.5 million to settle a separate FHFA suit claiming that the bank sold more than $2 billion worth of faulty mortgage-backed securities to Fannie Mae and Freddie Mac between 2005 and 2007, the years of the "housing bubble" in the United States.

Previous: Access to Mortgage Increases
Next: First-Time Homebuyers to Make a Comeback