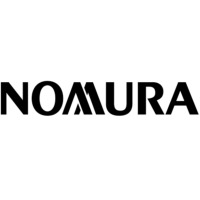 A U.S. housing regulator urged a federal judge on Monday to award it $1.1 billion due to false claims made about "crap" mortgages underlying securities sold by Nomura Holdings Inc. to Fannie Mae and Freddie Mac ahead of the 2008 financial crisis, according to an article by Reuters.

At the start of a trial in Manhattan federal court, a lawyer for the Federal Housing Finance Agency said misrepresentations by Nomura and Royal Bank of Scotland Group Plc, an underwriter, about loans underlying $2 billion (1.3 billion pounds) in securities exemplified broader misconduct by banks ahead of the crash.

"Nomura and RBS were very willing participants in creating the worst economic crisis since the Great Depression," Philippe Selendy, a lawyer for the FHFA, said in an opening statement.

David Tulchin, Nomura's lawyer, said no falsehoods were made. Any losses suffered on the $2 billion in securities, he added, was due instead to the unforeseeable decline housing market at the time.

"The claims here are not tethered to any business or commercial reality," he said.

The opening statements came at the start of the first trial to result from 18 lawsuits the FHFA filed in 2011 over some $200 billion in mortgage-backed securities that various banks sold Fannie Mae and Freddie Mac.

The FHFA, which has acted as conservator for Fannie and since the government took them over in 2008, previously had secured $17.9 billion in settlements from banks including Bank of America Corp, JPMorgan Chase & Co and Deutsche Bank AG.

Those deals followed a series of adverse rulings by U.S. District Judge Denise Cote, who is overseeing the non-jury trial.

In his opening statement, Selendy said 68 percent the loans failed to comply with underwriting guidelines. Nomura had been willing to repackage loans from originators it knew were bad in order to, as a late entrant to the market, gain business quickly.

"It was willing to buy what it called 'crap' loans from originators just to get there," Selendy said.

Tulchin countered that the FHFA's claims ignored clear warnings about the risk that the securities would lose value if housing prices fell.

Thomas Rice, a lawyer for RBS, said the fact that the FHFA will not be calling any Fannie Mae or Freddie Mac employee to say they were misled "speaks volumes."

Trial is expected to continue for a month. Cote said on Monday that she may schedule closing arguments for April 8.