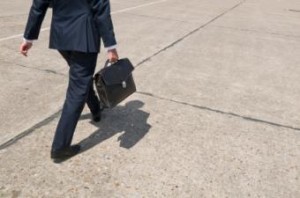 Ocwen Financial is responding to criticism of its mortgage servicing practices. In a letter to 119 trustees and mortgage servicers released Monday, the company said it has yet to receive proper data to support claims that Ocwen “breached certain of its obligations under the relevant servicing agreements.”

“These investors' pro-foreclosure, anti-modification agenda is driven by their desire to increase their own financial returns on their specific tranche-level holdings in RMBS Trusts, at the expense of long-term gains to the Trusts as whole, through sustainable modifications,” the letter said.

Ocwen said these allegations are false and similar claims were found to have no merit in 2013. They believe their current standards for mortgage servicing is high and company agreements require them to service loans within the best interest of all investors.

In February, an independent study found many of Ocwen’s servicing business was “effective,” according to the letter. The research, conducted by Morgan Stanley’s RMBS strategy team stated, “Whether a borrower first went delinquent while being serviced by Ocwen, or fell delinquent and was then transferred to Ocwen, we find that these borrowers are more likely to be in their homes today than if the MSRs were held elsewhere."

Ocwen has fought similar claims in the past. In December, the company agreed to pay $150 million and William Erbey, then executive chairman, agreed to step down after New York’s State Department of Financial Services alleged the company engaged in improper servicing practices. Since then, Ocwen has been selling off servicing rights for mortgages owned by Freddie Mac and Fannie Mae.

Last week, Ocwen agreed to sell $9.6 billion worth of servicing rights to Green Tree Lending. This was the third multi-billion dollar sale announced by Ocwen in the past two months. On March 2, Ocwen announced it had agreed to sell an agency portfolio with 277,000 loans but did not name the buyer in that transaction.

In February, Ocwen announced that it intended to sell the mortgage servicing rights on a portfolio of approximately 81,000 performing residential loans owned by Freddie Mac with a total principal balance of about $9.8 billion to Nationstar.