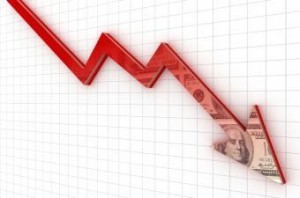 Fitch Ratings Inc. has downgraded Green Tree Servicing’s, LLC (Green Tree) U.S. RMBS Servicer Rating, assigning the company the “Negative Outlook” label. The downgrade comes after Ocwen Financial announced they would be selling $9.6 billion worth of servicing rights to Green Tree. Fitch said in a press release that the downgrade is tied to Green Tree's aggressive portfolio growth in the past two years.

“The company's servicing portfolio increased to 2,132,201 loans totaling $229.2 billion as of Dec. 31, 2014 from 926,182 loans totaling $73.1 billion as of Dec. 31, 2012,” Fitch said. “Green Tree became subject to oversight by OMSO and compliance with the NMS in connection with its MSR acquisition in 2013 of 380,000 Fannie Mae loans from ResCap. While Green Tree's management had indicated to Fitch earlier that the 300 NMS standards had been implemented, Fitch believes that the aggressive timing of the integration of the NMS testing requirements for the ResCap portfolio may have contributed to their resultant failures.”

Fitch rates servicers on a scale from 1 to 5, with one being the highest possible rating. Green Tree’s rating was downgraded from 2+ to 2-. Ocwen who has been trying to sell off all of their Fannie Mae and Freddie Mac servicing portfolio is currently rated at level 4.

Fitch said the downgrade is based on several areas of weakness in Green Tree’s corporate governance and operational controls.

”Fitch found that the issues identified by external parties were not identified and corrected through the company's own internal processes. The ratings reflect the company's aggressive portfolio growth, and also take into consideration the financial condition of Green Tree's parent, Walter Investment Management Corp (Walter), a non-publicly rated entity by Fitch, as financial condition is a component of Fitch's servicer ratings.”

According to Fitch, Green Tree failed eight of the 29 National Mortgage Settlement (NMS) metrics at the end of the fourth quarter in 2013. While Green Tree was quick to address those issues and managed to meet satisfactory ratings for all eight metrics, Fitch cited these previous issues had a negative impact on Green Tree’s rating.